The increasing popularity of bitcoin and the profitability of mining this cryptocurrency have made the bitcoin mining industry bigger and bigger. As you probably know, you can no longer use home computers to mine bitcoins, and we need special devices called ASICs.

On the other hand, due to the competitiveness of the mining process and the difficulty of mining, new and more efficient machines are released to the market and quietly outperform older devices. In this article, we will investigate the youngest member of the Antminer S19 family, which is one of the best and most efficient mining devices.

Anyone following the Antminer S19 series is probably excited about the Bitmain Antminer S19 XP (140 Th), which is coming. The miner will be released in July 2022 with a 140 TH/s hashrate. The latest in Bitmain’s S19 series, the miner hashrate will be 27% more efficient than the previous model S19 Pro.

According to the released information released by “Bitmain,” this miner device can mine up to 29 coins, including Peercoin, Acoin, Curecoin, eMark, Unbreakable and more. As per standard, you can also mine Bitcoin. The algorithm of Antminer S19 XP is SHA-256, which is a secure and trusted standard for mining cryptocurrencies.

With this algorithm, users can quickly solve more problems faster than other algorithms in the market. This miner machine is expected to pack a lot of computing power, which stands at 140 Th/s with considerable efficiency of 21.5 W/TH and wattage of 3010 W. It is more efficient than its immediate processor’s (S19 Pro) 29.5 J/Th. No other available miner machines in the market can compete with this machine, which boasts computing power and solves crypto blocks faster than most miners.

Much like most S19 XP, the new generation of Antminer miners has a one-year warranty period, with official Bitmain after-sales service. 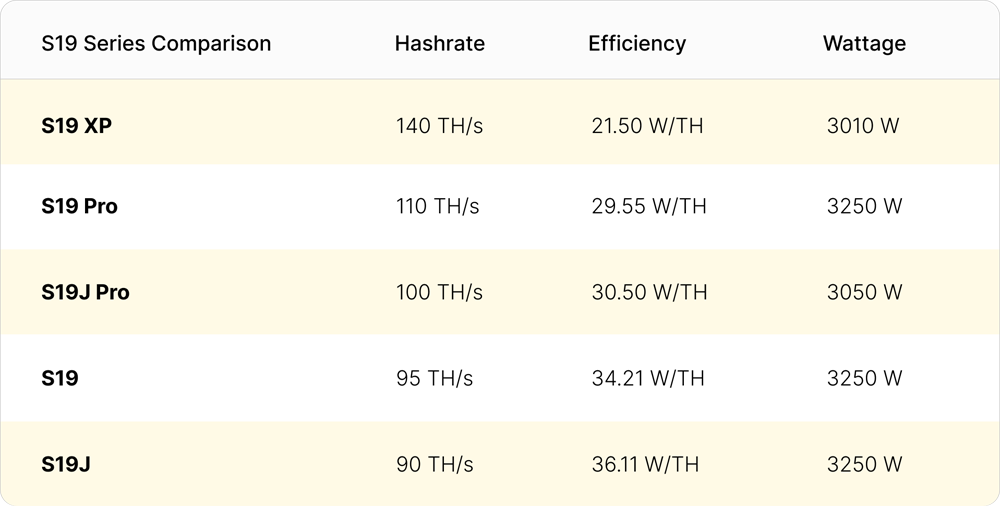 The Antminer S19XP is the youngest family member in the S19 series, With a maximum hashrate of 140 TH/s and maximum power consumption of 3010W. According to Bitmain officials, this miner can mine up to 29 coins, including Peercoin, Acoin, Curecoin, eMark, Unbreakable, and more. As per standard, you can also mine Bitcoin.

What is Arbitrum?ASIC – Application-Specific Integrated Circuit