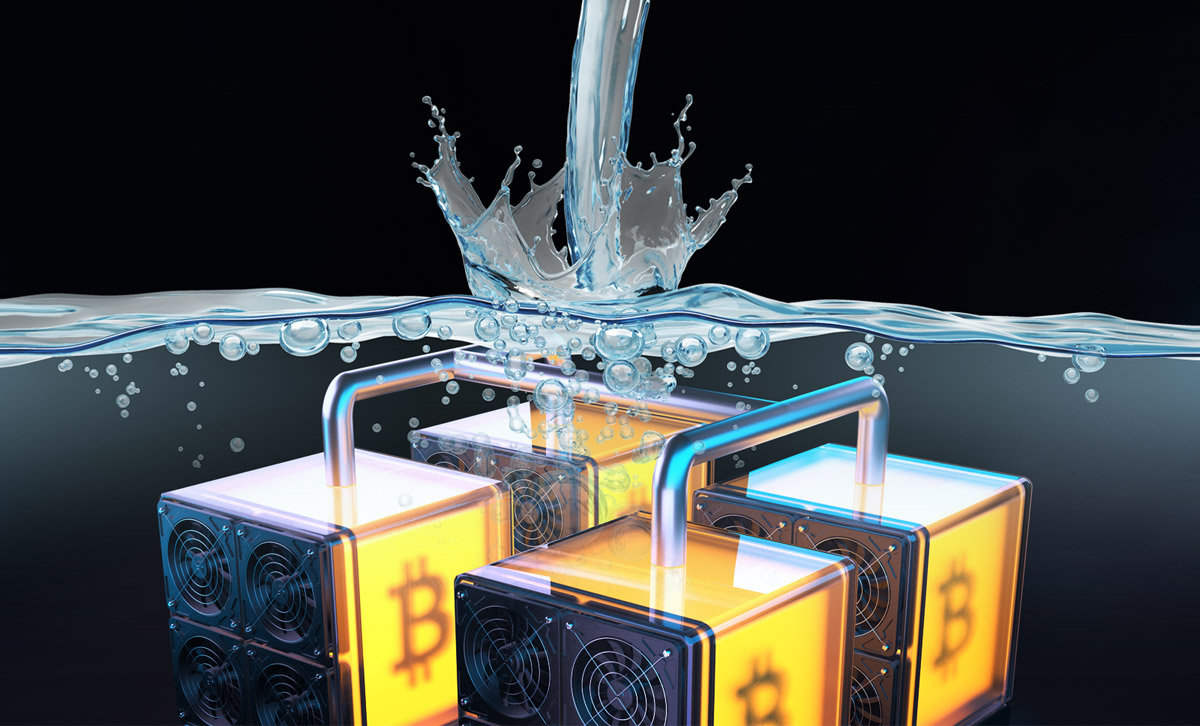 Abstract
The immersion cooling liquid, cooling method is a rapidly-evolving technique for cooling mining rigs without compromising profit. Immersion cooling is a method in which the mining hardware is wholly submerged or immersed in a thermally-conductive fluid with better insulating effect than ordinary air.

Introduction
Cryptocurrency Mining machines consume lots of electricity which compels mining ring owners to pay high energy costs. Still, if there is a solution to cut unnecessary energy usage, it would be an excellent solution to save money and cut costs. They can even take a more progressive action to install more mining machines to increase the computational power, increasing the system’s hash power. In addition, using the immersion cooling liquid makes less noise (almost nothing) than ventilators and has more advantages that we will discuss in this article.

What is (Bitcoin) Mining?

We achieve new bitcoins through mining, which is a process including validating and recording new transactions in the blockchain network. Miners who mine blocks receive their rewards in new bitcoin.

The system must verify and validate the number of bitcoin transactions that must be less than or equal to the 64-digit target called target hash requires checking several variables, such as an address, name, timestamp, etc. As soon as the nonce (One time used number) accrues, it begins to generate the target hash to add the newly mined block to the previous block to form the chain of blocks. All the mentioned computational operations need lots of energy, which might end up mining a new block, but it sure makes temperature! 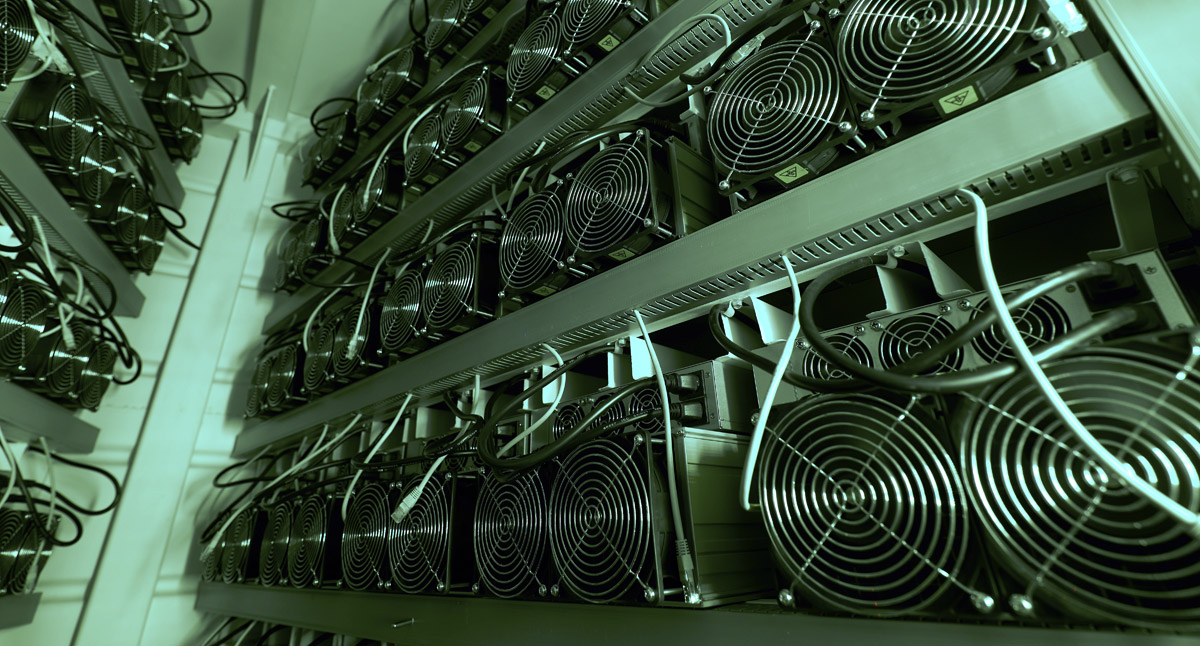 The Environmental Impacts of Crypto Mining

Trying to come up with the exact nonce that generates the target hash is an operation based on trial and error, which possibly take time and needs lots of energy to solve plenty of mathematical puzzles to achieve the target hash and a new block accordingly. Through this process, each Bitcoin consumes approximately 707 kWh/TX. Computers consume more energy because the side product of the procedure is heat, and it is necessary to keep them cool.

However, depending on varying levels of energy efficiency, it is most likely that bitcoin mining consumes more than trillions of watts/hours annually. The consumed energy alone is significantly more than a single country’s electricity consumption in a year. The more interest in mining bitcoin and other cryptocurrencies needs more electricity from fossil fuels. For example, in the U.S., miners themselves are raising hundreds of millions of dollars to invest in bitcoin mining and converting abandoned factories and power plants into bitcoin mining facilities.

However, many social movements exist for using renewable – sustainable energy resources. However, still, the industry considers an environmental offensive industry due to the massive amount of green hoses it each year releases into the atmosphere.

How Could We Keep miners Cool and the Planet Safe?

1) Renewable Resources of Energy
According to cointelegraph, one of the critical topics in the global debate surrounding Bitcoin mining, analysts say the industry has naturally begun to gravitate towards cleaner and cheaper energy sources.

The global Bitcoin mining industry has consumed about 58.8% of the energy from clean energy sources in the fourth quarter of 2021; however, the green energy consumption varies in different countries. For example, Norway has provided whole too consumed energy for bitcoin mining from the renewable resources of energy such as Hydropower and other resources of clean energy because the country has generated its need for the electricity from the clean resources.

Please keep in mind that a considerable volume of consumed energy goes back to the ventilators and air circulator fans to avoid overheating mining machines, increasing the electricity bill cost.

When mining machines overheat, the unwanted temperature brings some consequences for the owners, such as:

There are two existing methods to keep mining machines cool:

The air-cooling method uses ventilation fans and atmospheric air to hold the temperature of mining equipment in the recommended range by the OEM. This method dissipates heat by boosting airflow over the mining machines. Most mining rigs have inbuilt-velocity fans that force airflow across internal components.

Nonetheless, it is necessary to provide the mining rig with additional air circulation systems to keep units cool.

This method works by submerging or immersing the mining machines in a thermally-conductive liquid with better insulating properties than ordinary air-cooling systems. there are two procedures to keep mining units cool by immersion cooling:

This method immerses the mining ring’s components in the cooling liquid, mostly oils or other specific fluids, which absorb the generated heat by machines. In circulation, the liquid moves to a cooling tank and back to the cooling system when it is cold enough. 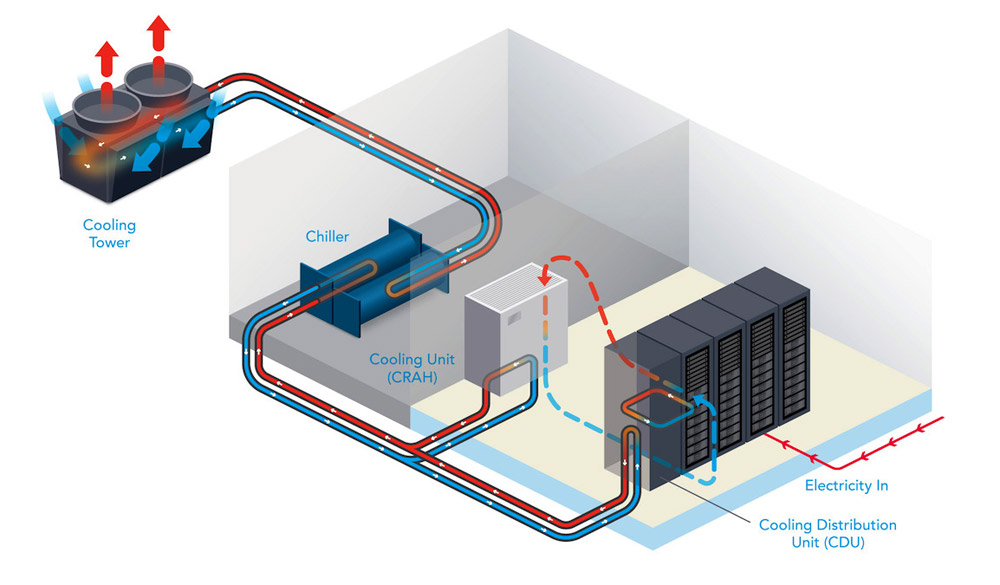 This method has a similar mechanism to ordinary refrigerators, in which all pieces of hardware are sinking in a tank full of fluorocarbon chemicals. The generated heat boils the liquid until the phase of the matter changes to gas, which is an endothermic process that keeps machines cool, and after the gas condenses, the coolant liquid backs to keep the system cool.

Immersion methods remove almost half of the generated heat, are more effective than standard air-cooling systems, and make less noise than ventilators. Although the initial expenses might be higher than the air-cooling system, its lower operational costs will help mining owners save much money on electricity bills. 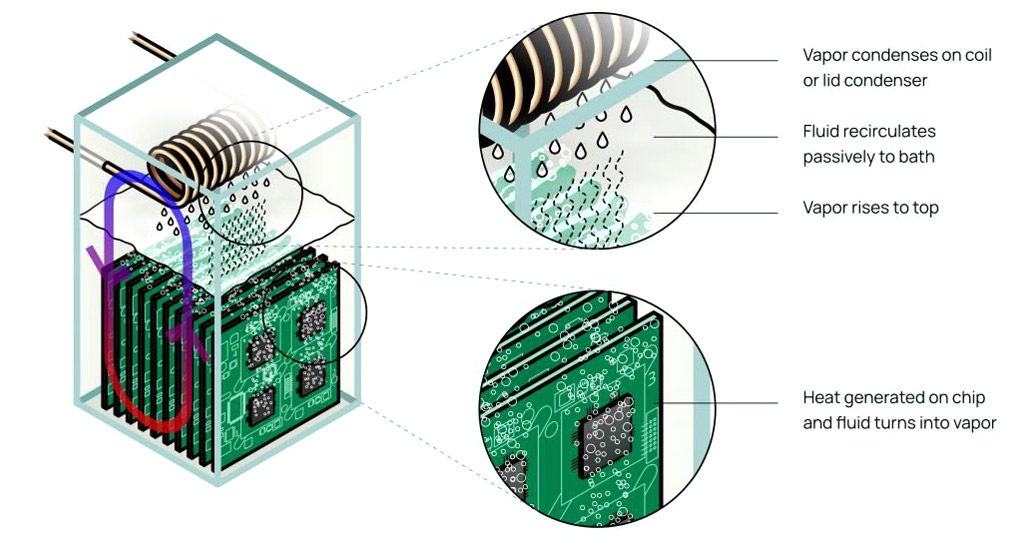 There are two different methods, single-phase and Double phase cooling systems. In the first one, the fluid (Oil is a good option) circulates in the mining ring, absorbs the generated heat, and goes back to a cooling tank, and this cycle repeats again and again. In the second method, we put the whole performing mining units in a thermally conductive liquid, which is more efficient than standard air-cooling methods.