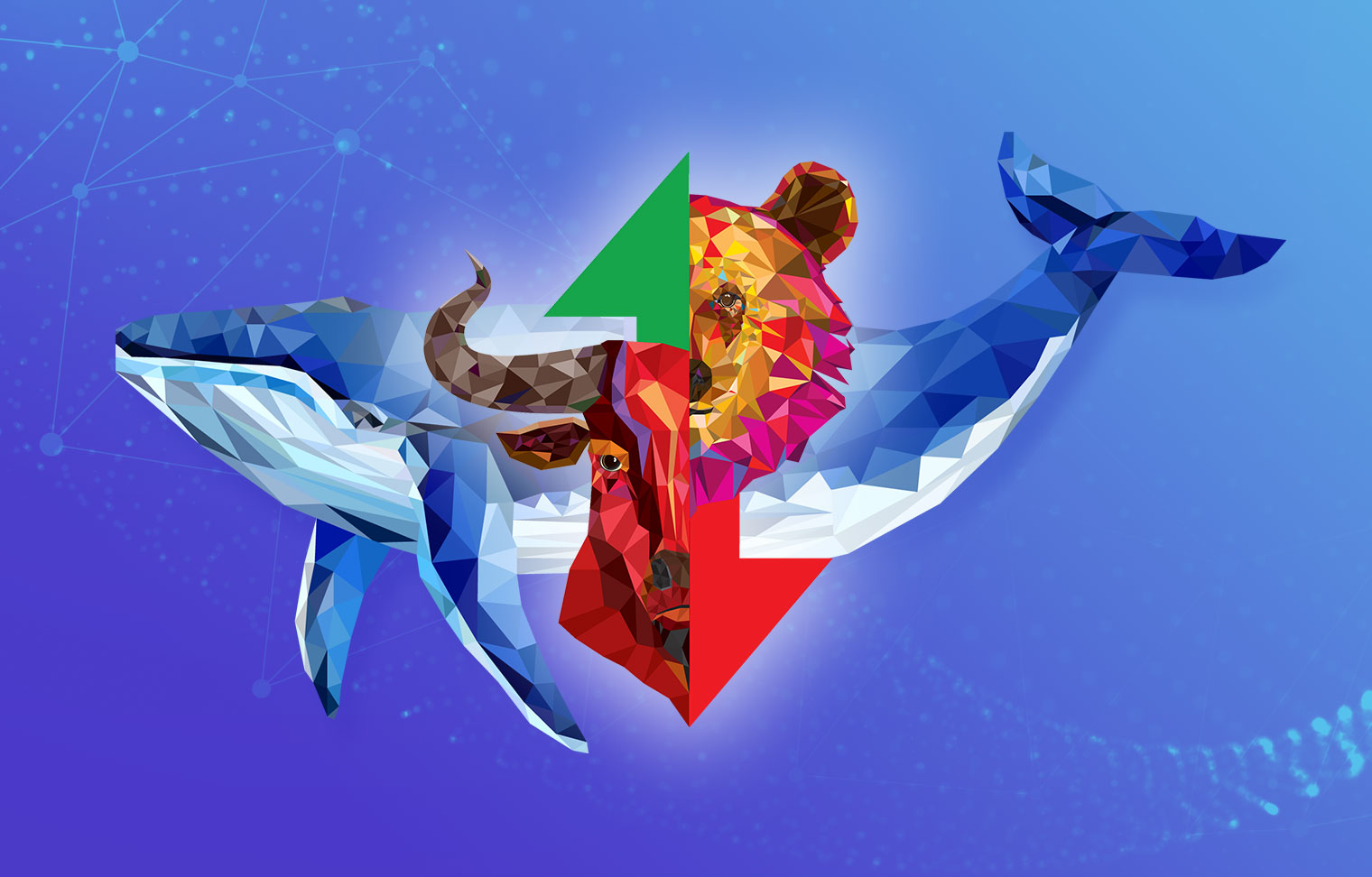 Bear Trap, Bull Market, a company becoming a Unicorn, or a Satoshi era Whale Crypto are animal species that transfer a broad domain of information to the professional audience with a prefix or suffix, or in the world of NFT fans, Apes, Cats, and Pigs.

We will classify and investigate animals’ roles in the blockchain’s ecosystem. Let’s be professional.

The Bear Market consists of a situation in which the market has lost more than 20% in a period, usually a year. For example, Bitcoin has lost 35% of its value this year, and Ether is down by -more than 40%. It is a bear market.

A Bear Trap happens when a sudden downward price movement seduces bearish investors to sell an investment by taking a short position, followed by a reverse price that moves upward. In this situation, short sellers lose their funds when the price rises and short-sellers have to redeem their position by buying back borrowed assets.

When the price of commodities, stocks, or cryptocurrencies is surging, it is a good situation for speculators to purchase assets whose price surges to hold and make a profit. Then a market in which securities are on the rise is a bull market, and people who wish to benefit from a bull market are bulls. Bulls should buy quickly to take advantage of rising prices and hold until the price reaches the pick.

Ocean Life in the Crypto Market

The classification of ocean species in the crypto ocean is as mentioned below:

Dolphins are investors who are not as big as whales but have an average to the large holding of cryptocurrencies, and they are also bigger than fishes or octopuses. After the Pacific, Atlantic, Indian, and arctic, the 5th ocean is the crypto market and has its specific species.

When Whales move and turbulences move prices upward or downward, some people buy and hold a tiny amount of crypto assets. We know them as “fishes” or “minnows” in this market. Fishes (minnows) further activities in the market do not affect the market’s trend.

Crypto Whales refers to investors or institutions that hold enormous amounts of cryptocurrencies. Whales The amount of cryptocurrency that whales hold can potentially manage currency valuations and affect the market behavior in the short, mid and long term.

The Art of Being a Greedy Whale (Pumping & Dumping)

When a whale spends a considerable amount of dollars to increase the price of a particular cryptocurrency artificially, the positive movement in the price motivates small crypto holders to purchase that coin, and the incremental course causes the price to surge more. When the created cycle increases more and more, and the thirst for that coin is increasingly growing, the whale delivers all their coins to the market, which suddenly breaks the market down.

The fear of a more extensive loss and liquidation causes small crypto holders (so-called fish), who were ambushing for a profit, to sell all the purchased coins at a lower price to avoid more loss. The gap between the purchasing price and the dip selling will directly go to the whale’s pocket!

Unicorns are companies that have been valued at more than USD 1B by venture capitalists. A few examples of unicorns on the crypto planet are Coinbase, Amber Group, Blockchain.com, and OpenSea, which is coming to the fore to join the exclusive club of companies valued at over one billion dollars.

The Territory of Dogs in the Blockchain

Dogecoin is an open-source crypto, first time launched by Jackson Palmer & Billy Markus in 2013. Dogecoin was a joke based on a popular meme featuring a Shiba Inu race of Japanese dogs. Dogecoin is a proof-of-work (PoW) based cryptocurrency.

Shiba Inu is an alternative coin for Dogecoin. The name roots back in a Japanese race of dogs with the exact name of Shiba Inu. This coin is already top-rated among newbie crypto holders and big crypto exchanges through its following crowds, memes, persistence – and a cute dog.

CryptoKitties is a game including digital assets on the Ethereum blockchain. Dapper Labs, a Canadian studio, has developed this blockchain-based game where players can purchase, collect, breed, and sell their virtual cats.

Yuga Labs has minted Bored Ape Yacht Club, a project with 10,000 ape-themed NFTs with different appearances and single-in-kind characteristics. Bored Apes Yacht Club characters were inspired by CryptoPunks, one of the first among many NFT projects with the idea to create a library of characters with unique features.

When we use animal species to transfer a definition or a particular situation in the market, it means that we have witnessed behavior from animals in nature. That is why we are interested in generalizing it in financial markets.

For example, when we are using Bull, it is because when bulls want to attack, they move their horns over their heads which means that the market will have an upward stream. When prices drop in the market, we call it a bear market because an aggressive bear pounds its front paws on the ground while huffing.

Whales and fishes are related to show the size of crypto assets of an investor or an entity, and all are simplifying and speed up transferring the definitions in the market.