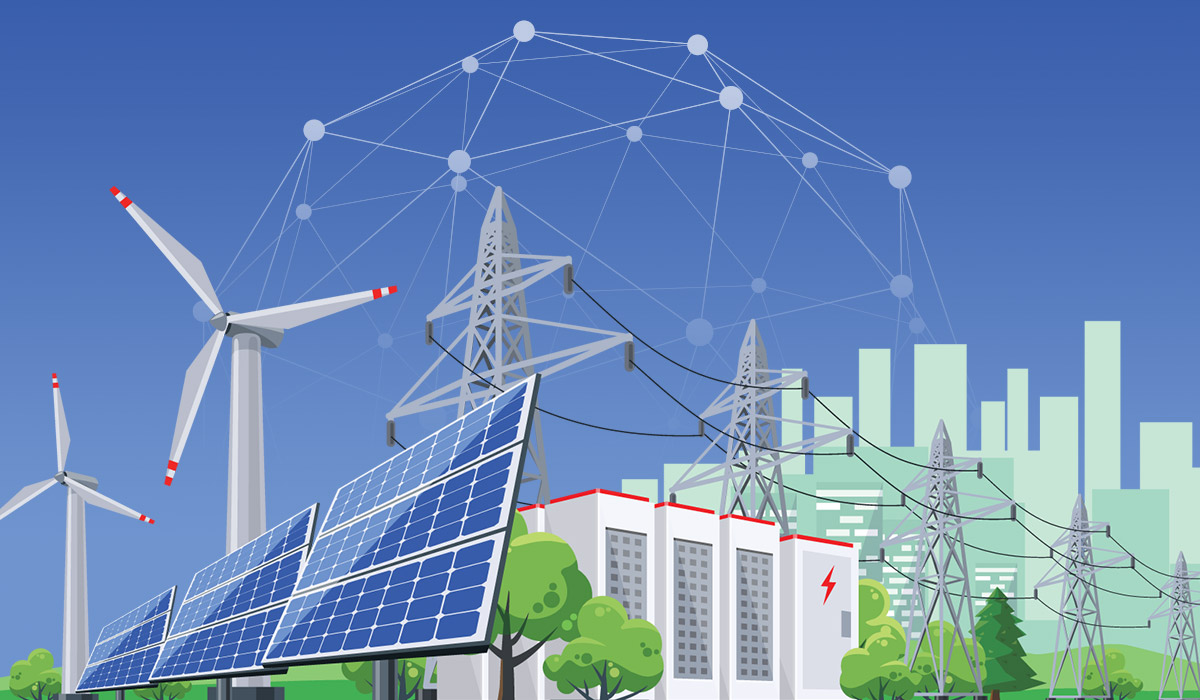 Blockchain is a technology to store, transfer and secure information faster and more securely in many worldwide participating nodes. In a blockchain network, all transactions and changes cryptographically will be kept safe. The essential vanguard of using blockchain technology in different industries is scalability, transparency, and dependability.

Different Sectors of The Energy Market

People use energy to power our factories, houses, and vehicles. It is no exaggeration to call energy and its components the most essential and inextricably part of our modern world. To achieve energy, we need to transform the material or other forms of energy into a different type of energy that can transfer to the consuming points such as houses, stores, factories, etc.

Renewable energy resources are solar, wind, tidal energy, hydropower, biomass, and geothermal powers. Depending on the location and topographical factors, the government or private sector can install the utilities to generate electricity. Other types are involved in heating power to make steam for turbines to generate power, except solar energy.

There are two essential energy categories in our modern life, electricity, diesel, and gas, to power our transportation substructures and vehicles.

However, there are more needs for other types of fossil fuels, such as natural gas for cooking in some countries, fuel oil for running power plants, giant turbines, and jet fuel for aircraft. But the most tangible types of energy we need come from electricity liquid fuel. 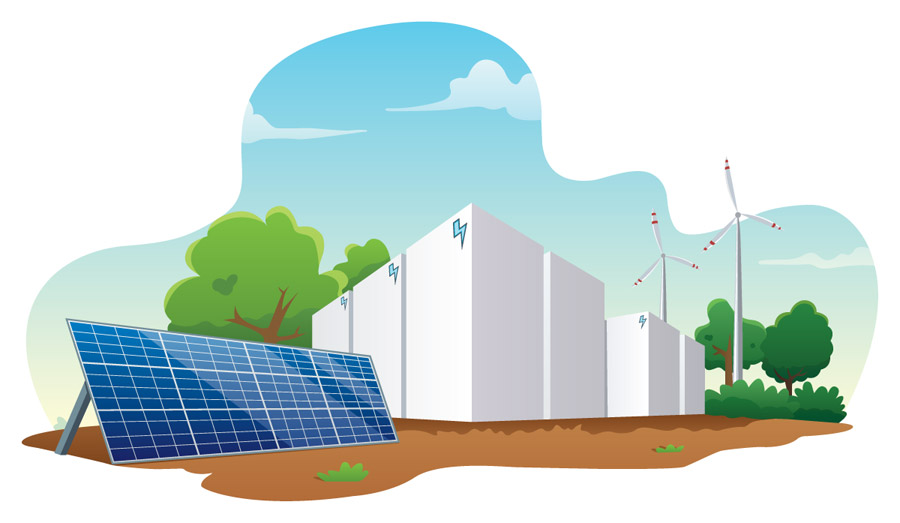 Trade is a complicated procedure, and when it is about the energy market in which all transactions are in millions of dollars, it makes it a pleasant space for criminals and charlatans.

Keeping all records between the buyer party and the seller party is necessary. To maintain information about where the process begins, how to carry the cargo, the insurance issues, how to pay, how to receive, sign the contract, who will monitor processes, how to pay, and lots of details.

Keeping information for millions of barrels of oil that each day get lades on tankers is a challenging process. Now computers have come to help maintain data. A traditional network of computers formed from several client computers and a server computer can help traders keep the information, pursue the process, and take necessary actions. But servers always are in danger. Hackers are ambushing to steal precious stored information in server computers, or viruses, trojans, malware, spyware, etc., to destroy or pause all performing processes for hours, days, weeks, or forever, which have irreparable consequences for traders, companies, and sometimes for nations. 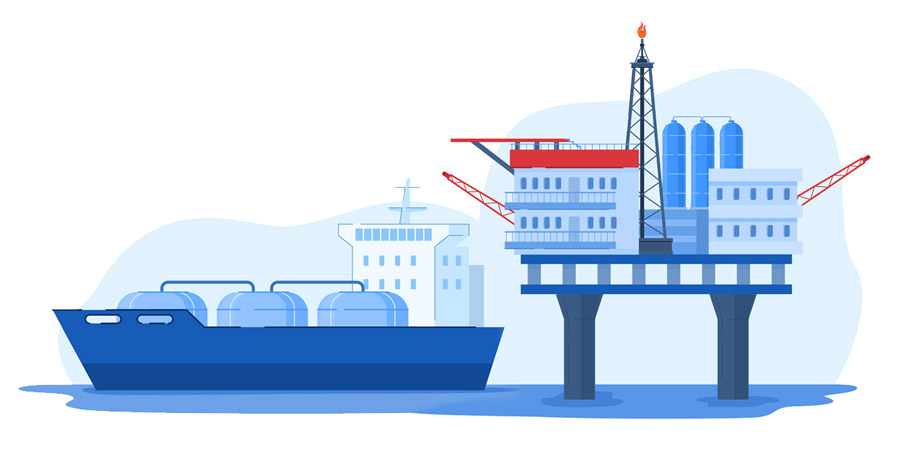 When talking about the Blockchain, we are not talking about tens or hundreds of computers with a massive rack with adequate computational power to keep the information. Blockchain is about many participating computers worldwide without any central storing unit to record changes and transactions and hold them for lower costs. In addition, it is faster than ordinary networks. Due to thousands of participating nodes in a blockchain network in which all are verifying and validating authorized changes, the chance of scammers and hackers is almost zero. They have no opportunity to encroach on information in the blockchain network, which dramatically increases processes’ security, and security is the only dream traders want to come true.

How does Blockchain technology come to help traders, distributors, and consumers?

Indeed, blockchain technology provides traders with a powerful tool to expand the dimension of their career; because of the basic definitions which formed the blockchain technology, a blockchain network is decentralized. It has many distributed participants known as nodes across the globe, their devices come to use as storage units, provide the network with enough needed computational power, and all participants are witnesses to all transactions and changes. On the other side, the consensus mechanism and the ability to host smart contracts enable the market participant to use the technology in different scopes such as finance, trade, trade, hedge, transport, etc.

Briefly, the advantages of blockchain technology are its scalability, accessibility, lower network costs, and increased speed of the data exchange. The data will be available and accessible with a higher level of security which is a privilege for the market participants. Everything almost happens faster, and possible amendments in the system occur immediately, which dramatically boosts the functionality of the trading applications or platforms. It also eliminates the interference of the intermediary third parties due to the peer-to-peer soul of the Blockchain. Still, the transition between the traditional unsafe and slow tools and profiteer parties like brokers and exchanges will be difficult to pass.

Energy markets entail many parts, such as producers/traders, distributors, and consumers. Blockchain is a helpful tool with promising functionalities to record and facilitate transactions among different players in the market, including sellers, buyers, and distributors.

Hereunder we focus on the relation between the producer/generators and consumers of energy, which has diverse applications, such as peer-to-peer electricity. Within the days that acquire energy from renewable energies spurts, trading and selling excess renewable energy to other network participants or the grid through automated smart contracts is widespread. Blockchain technology brings bilateral benefits for the electricity plant generators and consumers of the energy.

Producers, traders, and distributors aren’t the only layers of the energy market who enjoy the benefits of blockchain technology, but consumers.

The energy market (HERE ELECTRICITY) is a complicated network mustered by numerous participants. Also, the natural gas, oil, and products must go on a long journey from the origin (exploration, extraction, refining, and distribution) to the destination, which is our gas stove or fuel stations. From the beginning to the consumption point, hundreds of thousands s of people are working in the energy sector. Unfortunately, non of them work for free, and the consumer must pay an additional fee to help the industry pay its employee’s salaries.

Blockchain reduces unnecessary costs for the energy end-users due to cutting many extra parts of the industry, increasing the function’s promptitude, and eliminating the additional cost of risk through its strict security.

What Benefits does Blockchain Bring to Renewables?

Apart from the energy resources, the energy path is the same even in the renewables. The mechanism is the same from the power generating sites to the consumption points. In this section, the promptness of exchanging new scientific achievements could help the sector, improve its abilities, and reduce its cost, which is a big step to delivering endless, clean, and economically worthwhile energy to the end-users, industries, and public welfare services.

“We Power” in Estonia, “Power Ledger” in Australia, “Acciona Energy & Iberdrola” in Spain, the “Brooklyn Microgrid” in the United States, and “The Sun Exchange” in South Africa are the Five most prominent startups field of renewable energies that use Blockchain. Forbes claims. (Read More)

Blockchain technology terminates the dominance of different parties and eliminates sumptuous central processing and storing units. The side benefit is reducing the network communications costs among the market participants. The primary use is to increase transmission security and network content. this section generates many documents each day, which are highly confidential. From the users’ point of view, the transparency that Blockchain gives them is vital because as they have a digital version of data on their computers, they can manage their consumption, monitor billing, etc. In addition, they will pay less because of the cuts of many unnecessary costs that traditional systems impose on them.