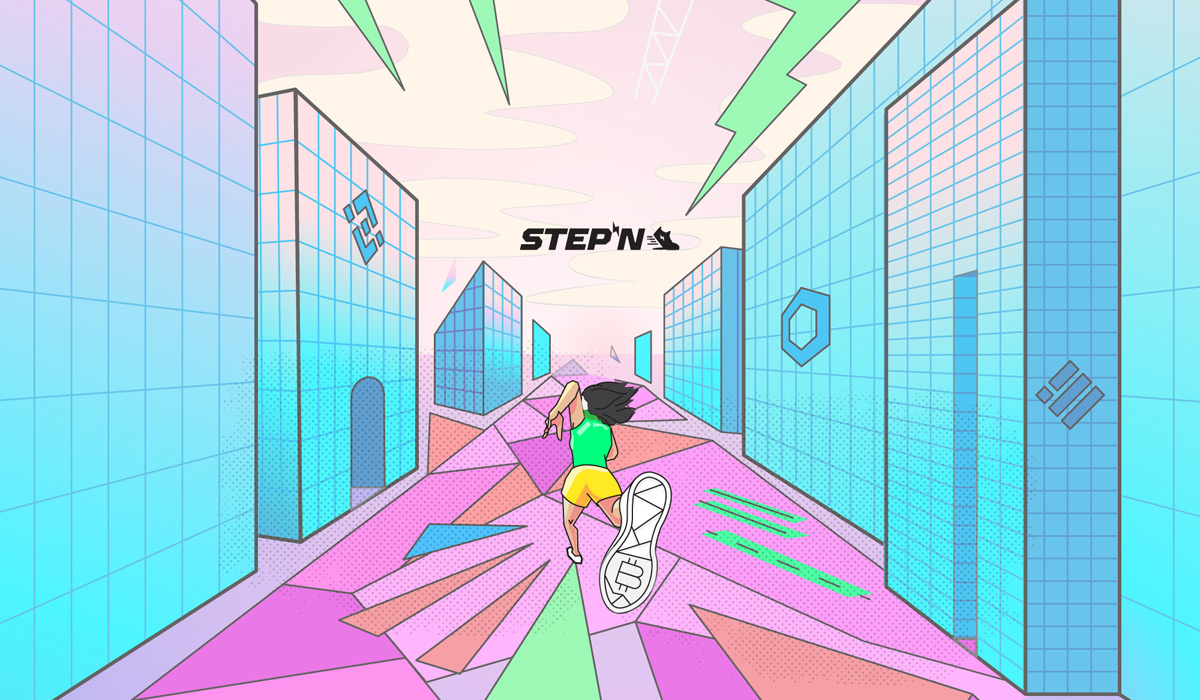 Metaverse and blockchain games quickly gained popularity among blockchain users in 2021. Many people have been playing and earning money from Play To Earn blockchain-based games. Many platforms have entered this field with different ideas. The STEPN platform is a Web3 lifestyle application that aims to millions of people worldwide to a healthy lifestyle by walking or running. Users of this application receive GST cryptocurrencies by daily walking. This article will discuss the STEPN game, how it works, and what features it has.

The STEPN is a Web 0.3 application in GameFi and SocialFi. The philosophy of designing the STEPN is to promote a healthy lifestyle and encourage them to take action on climate change, and increase the usage of the third generation of the internet. The platform combines entertainment, social issues, and earning money to persuade people to have a healthier lifestyle with less carbon footprint. Users can download the STEPN app on their smart devices and begin to make money with their daily routines.

The STEPN is designed so that players can receive GST tokens from this application by walking and running outdoors. To enter the Stepan game, players must first purchase or rent NFT tokens, which are sports shoes, and then earn money by walking or running.

How Does STEPN Work and What Services Does It Have?

It is not inconceivable if we claim that the STEPN is the first NFT game based on Move-2-Earn on the Solana network. In this game, players with a sneaker they can buy or rent as an NFT can walk, jog or run to earn GST tokens as a reward. The STEPN aims to inspire millions of people to participate in healthier lifestyles by Web 0.3. To get started with the STEPN app, users must have adequate SOL tokens to deposit into their STEPN in-app wallet.

Purchasing an NFT sneaker from the in-app marketplace is another game requirement. The users must wait 24 hours to get the “energy” of the purchased shoes, and it is done. The energy level of (NFT) sneakers is different, which we will examine below.

There are several ways to earn money from the STEPN game, which come below;

In the solo mode, users must purchase an NFT pair of sneakers and get the reward in GST token as they walk. Users need the energy to get GST tokens. The ENERGY of each pair of NFT shoes depends on the type and their level. Sneakers get charged by 25% every 6 hours; Each energy in this game is equivalent to 5 minutes of movement, and after 5 minutes of physical training, energy decreases from the shoe. Users receive rewards in GST or GMT tokens from the app for every 5 minutes of physical activity and the amount of energy in their NFT shoes.

Users must pay attention to the below-mentioned points:

Also, in solo mode, players receive a Mystery Box in addition to receiving a token as a reward. There are gems in these boxes, given to the player in three different levels depending on the type of shoes. It seems the game gives jewels to the players, which they can sell in the game marketplace as they wish.

The Background mode is also under development, and the project team will let interested users play as soon as this more is ready to launch.

In this case, while users are not actively using STEPN, they can continue to monetize through the GST token. As long as the user keeps a pair of sneakers in the app, the background mode counts the steps directly from the user’s Health Data app, which is limited to 3,000 steps per day.

STEPN game uses two types of tokens. Each of these two tokens has its particular functions and features. GMS and GMT are tokens of the STEPN game.

GST token is based on the Solana network, and the number of GST tokens in circulation will be unlimited. This token is a reward to players in solo and Stepan backgrounds. The GST token has several uses in this game, which are as follows:

This token has a limited number, and there will be 6 billion units of it. 30% of the total number of GMT tokens is distributed among the STEPN gaming community, and their distribution is halved every three years. The STEPN is one of the first games to introduce halving releases of tokens like Bitcoin Halving.

GMT will be halved every three years to ensure longevity. This process will start from 15% to 7.5% and on and on until all tokens are released. The GMT token has all the uses of the GST token and is also used to reward players with levels above 30 and participate in the STEPN game governing community.

Move-to-Earn is an innovative category in the blockchain industry, but the feedback is incredible. Many people are experiencing healthier habits and integrating a consistent workout routine into their daily lives. STEPN game is one of the monetization models games, which has attracted the attention of many investors and users with innovative ideas.