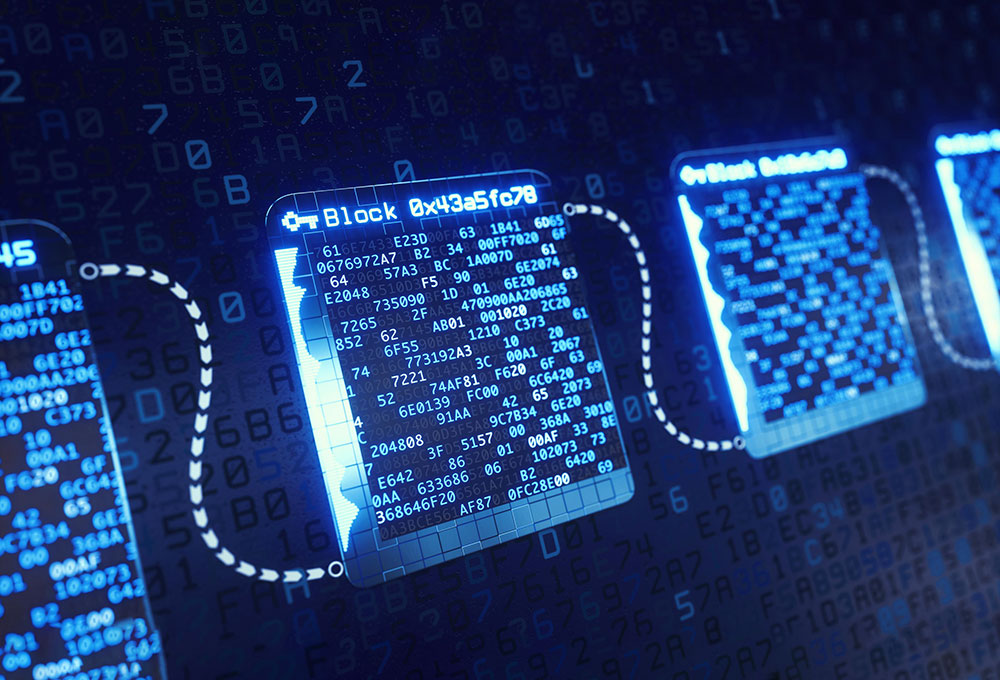 While Blockchain certainly can be complicated, at its core concept, it’s rather simple. It’s a database listing recorded transactions that anyone can check out and verify. This unique database leaves no room for hacking, cheating, or fraud and plenty of space for security and transparency.

Blockchain technology, also known as DLT, or Distributed Ledger Technology, operates on a network acting as a bank ledger where anyone can participate on a global scale. Unlike a traditional ledger, no one person manages the network. In fact, no bank, company, or third party has control.

To get an idea of how Blockchain works, picture data structured into blocks instead of tables, with the blocks chained together. When a block is filled with data (all records related to the block), it becomes part of this chain and is given a timestamp, known as a hash. This hash freezes an actual transaction onto this timeline, so every transaction and each change in data is part of the chain and always available.

A Nonce — Number Only Used Once — is a number that is added to an already hashed block in a blockchain. The nonce is the number blockchain miners are solving for. When they find these once used numbers, the value is rehashed, resulting in an algorithm of higher difficulty. Then a miner earns the right to add that block to the blockchain and receive their reward – usually cryptocurrency. This means peers and miners themselves keep the network secure and are rewarded for doing so. This is central to the PoW or Proof of Work system on which blockchain operates.

Also referred to as a blockchain ecosystem, the PoW system has four parts:

A computer or a system that runs an application specific to the ecosystem that ‘blocks’ data and records the blockchain history.

This is the DLT or bank ledger described above. All activity is dispersed (decentralized) and verified among participants across the globe, rather than reliant on or controlled by a third party at one location — such as a bank.

This is a procedure in which miners and peers of the centralized database — like the Blockchain network — aim to reach an agreement in common on any changes within the system. This benefits the entire network without individual monitoring.

A VM is a representation or virtual environment created by a computer program that operates on instructions within a language. This enables the network to act as single, unique supercomputer, ensuring the correct environment for smart contracts. EVM — Ethereum Virtual Machine — is one of the most used virtual machines.

Blockchain’s advantages as a DLT form of record-keeping are limitless. They are immutable, which makes the data entered — whether it is a transaction, change, encryption, or decryption — irreversible.  If one person were to attempt to manipulate the data, the entire PoW ecosystem will see what happened and the link will break, giving blockchain the strongest possible security advantage.

What is “Proof of Wrok” when we are talking about PoW?What is a Blockchain Ecosystem?