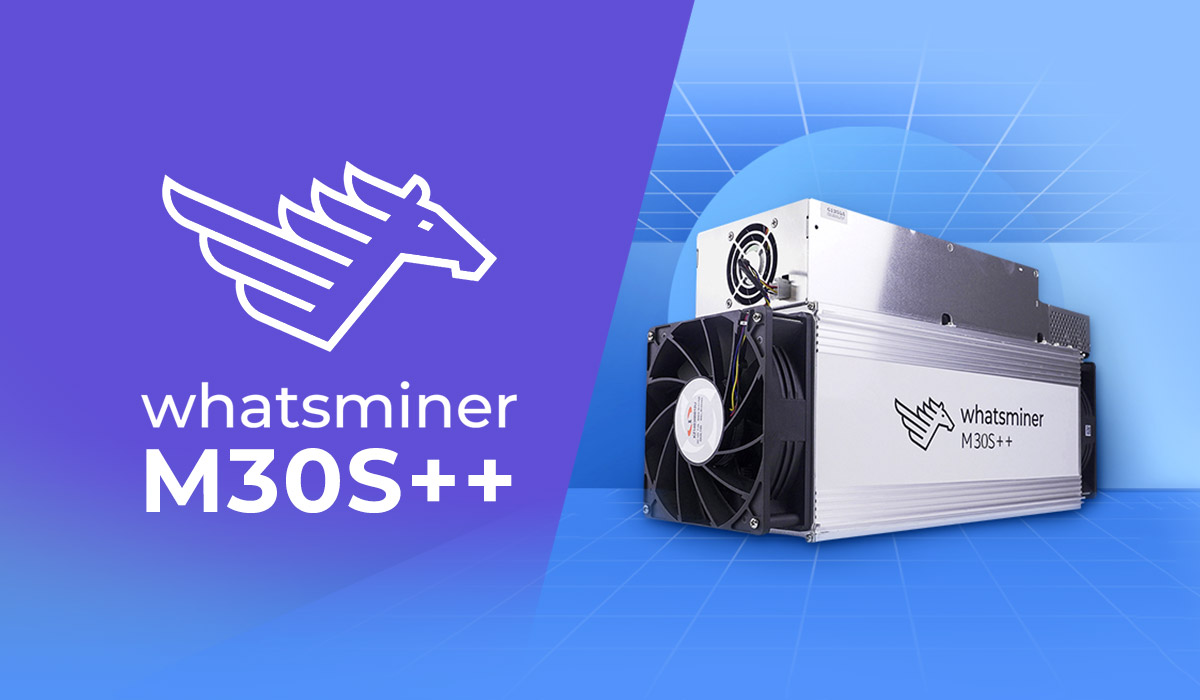 The M30S++ is one of the most favorable ASIC mining machines from Whatsminer, which already MicroBT Chinese company launched this model in the market. M30S++ is the next generation of ASIC miners and the most potent competitor to the Antminer’s S19 Pro.

According to Whatsminer, this miner can mine up to 29 coins, including Peercoin, Acoin, Curecoin, eMark, Unbreakable, and more. As per standard, users can also mine Bitcoin. Algorithm of Whatsminer M30S++ is SHA-256.

This algorithm is a secure and trusted standard for mining crypto. Through this algorithm, users also get to solve more mathematical equations faster than other algorithms in the market. It can mine Bitcoin (BTC) with a maximum hash rate of 112TH/S, and the total power consumption for this miner stands at 3344KW and is also overclockable.

Another critical factor worth attention to is the miner machine’s noise level. Still, this mining machine’s 75db noise level is within this miner’s acceptable range. For ventilation, the M30S++ has a pair of advanced fans with a high-tech design that perfectly prevents overheating and improves the miner’s performance.

Hashrate
Bitmain’s S19 Pro has a reported hashrate of 110 TH/s, while the Whatsminer M30S++ can reportedly generate 112TH/S. This hashrate is an ideal hash power for mining devices, with over 100 trillion attempts at finding Bitcoin’s block hash per second.

Energy Efficiency
The energy efficiency of both machines is in an appropriate range in line with the advertised figures and what manufacturers claimed. In the exact period, the Whatsminer used an average of 31 J/TH, and the consumption of The Antminer slightly had a better performance. Antminer machines used an average of 29.7 J/TH.

Sound Comparison
The noise level generated by Whatsminer is 78db and for Antminer is 83db. The Antminer was the lounder machine, generating an average sound of 83.0 dB, compared to the Whatsminer.

The WhatsMiner M30s++ rivals the Antiminer S19 pro because its mining capacity is the same but somewhat higher efficiency. The MicroBT Whatsminer M30 S++, With a hash rate of 112Th/s, is one of the best and most profitable Bitcoin miners produced by the MicroBT Whatsminer.