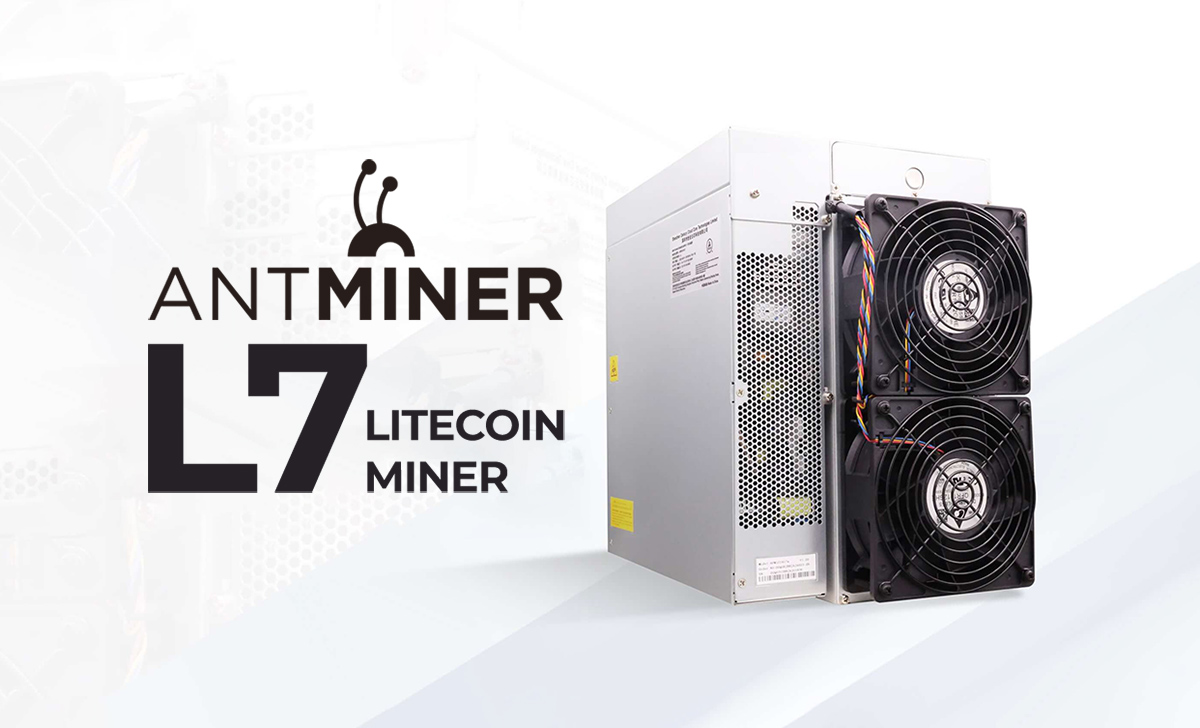 Bitmain Antminer L7 is a more potent and more efficient machine in comparison with previous models which first time released in 2021. L7 s the first bitcoin mining machine which is cmpatible with mining scripts.L7 can mine 35 coins by the NoScript(core) and SHA-256d (tail) dual algorithm.

Some of my top coins include NH Scrypt, LTC+Dodge, Doge, CVG, and DigiByte.

Bitmain Antminer L7 is 18 times more potent than Antminer L3 in terms of performance, energy consumption, and efficiency. This mining machine is the first bitcoin mining rig capable of mining scripts. It has a built-in power supply, which does not need extra cables or power supplies (in most countries).

L7 can mine 35 coins by the NoScript(core) and SHA-256d(tail) dual algorithm. Some of my top coins include NH Scrypt, LTC+Dodge, Doge, CVG, and DigiByte.

The Bitmain Antminer L7 aims to be the most potent miner for DOGE and LTC mining. The ANTMINER L7 delivers an impressive 0.36J/M electricity-to-power ratio, establishing the L7 as a low-power consumption miner that maximizes profitability, safeguarding future operations for long-term mining operations. The Antminer L7 redefines mining by delivering an exponential hashrate of 9050M and 3425W power consumption, an 18-fold improvement compared to the previous iteration, the L3+, which hashed at a rate of 504M.

Bitmain Antminer L7 uses NeoScrypt (core) and SHA-256d (tail) dual algorithms. The Scrypt algorithm allows the owner of this series of mining machines to mine more efficiently in the case of power consumption and producing heat. Antminer L7 is the Most Powerful Scrypt Miner for Litecoin and Dogecoin.

What is SHA-256 Algorithm?Soulbound Tokens