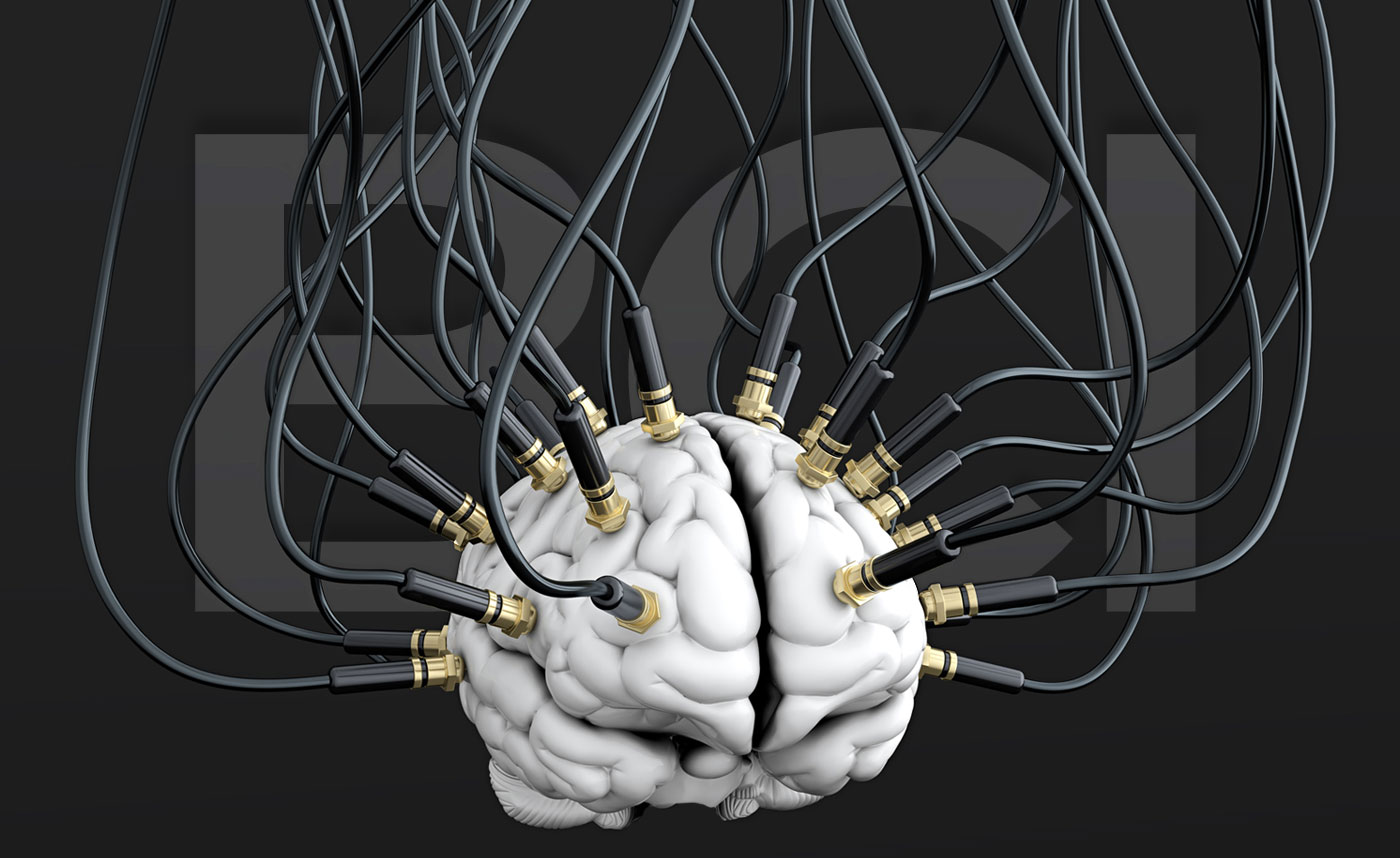 Abstract
This article studies the Brain-Computer Interface, which helps people with paralysis to use wearable devices to receive central nervous system signals through hardware devices and convert them to digital commands for specific tools. If we combine this technology with blockchain technology, it would be a revolutionary turning point in IT and Neurology to make a network with hundreds of brains across the world, to unite the processing power of brains.

Introduction
Brain-Computer interfaces let users go back to normal communicating with society via using special connected devices to get around the control of muscles and peripheral nerves. The dream of joining the human brain to computers is as long as the history of the computer era. Combining the human brain’s power with machines’ constant performing ability if it is exerted in conciliatory proposes would be an excellent opportunity. Still, if we can reverse the whole process, the result will be disastrous.

What is The Brain?

According to the information published on JOHNS HOPKINS MEDICINE official website, “the human brain is a complex organ at the top of the central nervous system (So-called CNS), and controls our emotions and thoughts and stores memories, touch, learning skills, personality, and vision, managing crucial involuntary such as breathing, temperature, hunger, and other critical processes.”

There are lots more crucial roles the human brain manages in the human body, but the most essential six functions are:

Suppose the brain can’t have standard functionality due to some disorders or syndromes. In that case, technology has a solution to solve the problem, known as BCI or “Brain-Computer Interface.”

How Fast do We Think and How Much We Can Store in it?

To define the storing capacity of the human brain, we need to have a scale which the best scale would be “PETABYTE.” PETABYTE* equals one million gigabytes, and the human brain can store 2.5 petabytes, an incredible number.

* A petabyte is 1000 times bigger than a terabyte. To understand better how big a petabyte is, imagine 1000 of one terabyte hard drives together will be one petabyte. When we are talking about the human brain’s storage capacity, it has a storage ability capacity equal to 2500 one-terabyte hard drives. 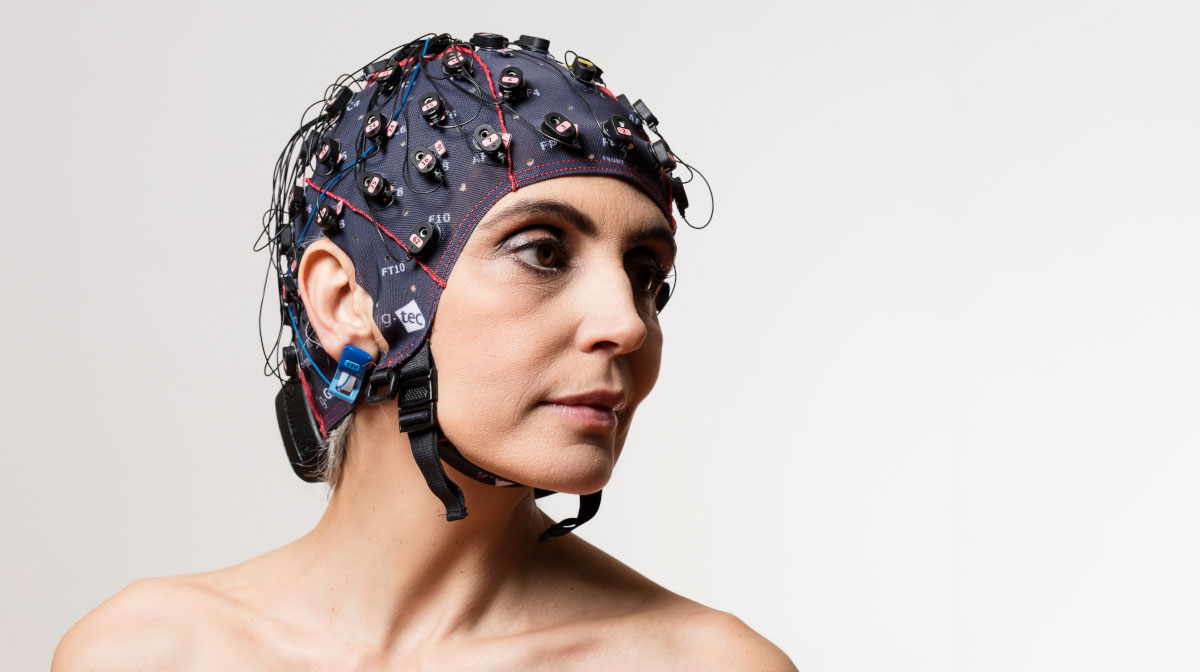 The Mechanism of BCI

As sometimes the human body cannot receive commands from the nervous system signals through the normal pathways, we need an additional solution to help convert signals to function. BCI is an approach in which wearable electrodes receive brain signals and transfer them to specific hardware to convert nervous system pulses to voice or the desired activity.

This hardware receives electrophysiological signals from the Central Nervous System (CNS). It translates them via software, and the output will be the act of muscles in case of paralysis disorders when they can’t directly receive commands from the neuromuscular system to move disabled body parts.

The mechanism consists of four essential steps: a brain that produces signals, hardware that receives the signals through electrodes, software that translates the received signals to readable commands, and the outcome, which is the function of the disabled body part or limbs.

Blockchain is a decentralized database where no participating devices are clients or the central server. In this ecosystem, all transactions after node verification are equally stored in all participating nodes. This mechanism significantly increases the level of security, and transparency, and as much as increases earlier mentioned characteristics, reduces costs but terminates mediocre parties and brokers.

There are many applications in different industries for blockchain technology, such as the “Healthcare section,” Energy section: and even “the next generation of social media platforms.” All blockchain nodes must have enough storage capacity and computational power to link, solve cryptographic puzzles, gather the verified data, validate all over the network, and add the newly created block to the previously chained blocks.

Could We Use Humans’ or Animals’ Brains as Blockchain Participating Nodes?

There is some evidence that, at the moment, companies are using animals to control their brain problem-solving abilities, such as Elon Musk’s Neuralink, Neuropace company, and Kernel company. These companies study how the brain functions, senses, analyzes, and responds to environmental stimuli. They even try to augment the brain human’s ability to retrieve memories how to improve decision-making skills.

The needed hardware might be wearable devices or neural implants that, via special software, translate Central Nervous System received signals to the data that the computer can process. With the help of the technology, we can connect brains when idle (however, the brain never stops working) and use its processing ability to share formative experiences and lessons, or even get help to solve mathematically encrypted puzzles, for example, to mine cryptocurrencies.

Science-Fiction, What if we Combine BCI and Blockchain Technology?

Theatrically wearable devices or neural implants can receive Central Nervous System’s signals and then translate the received signals via software to give back the moving ability to the disabled limb. So we can dictate the brain in reverse to do some processing tasks to achieve a goal in a network formed with brains connected to the next generation of networks. The remarkable storage capacity of the brain and the processing speed of the human brain makes everything easier.

However, some issues might be against the morality of using the human brain as a device. But suppose a developer team and neurological scientists team work together to form the next generation of bio-networks. In that case, we can even have a green blockchain network with fewer carbon footprints, significantly reduced costs, and a highly secured ecosystem, because animals can’t disclose confidential matters.

The brain has an almost endless capacity for storing memories and an excellent speed for processing environmental stimuli. Due to some disorders, the brain can’t send commands through normal pathways to the limbs of the human body. There is the point that scientists come to help with Brain-Computer Interface technology to get signals from the CNS and convert them to digital commands to give back the ability to the Paralysis limb(s).

If the engineering advantages achieve the stage to invent a method to make a data exchange point, connecting these bio-smart devices makes a massive computational power. We call these bio units brains, and if we can use their storing computational or storing potential capacity would become one of the most prominent revolutionary turning points in the history of information technology and bioscience.