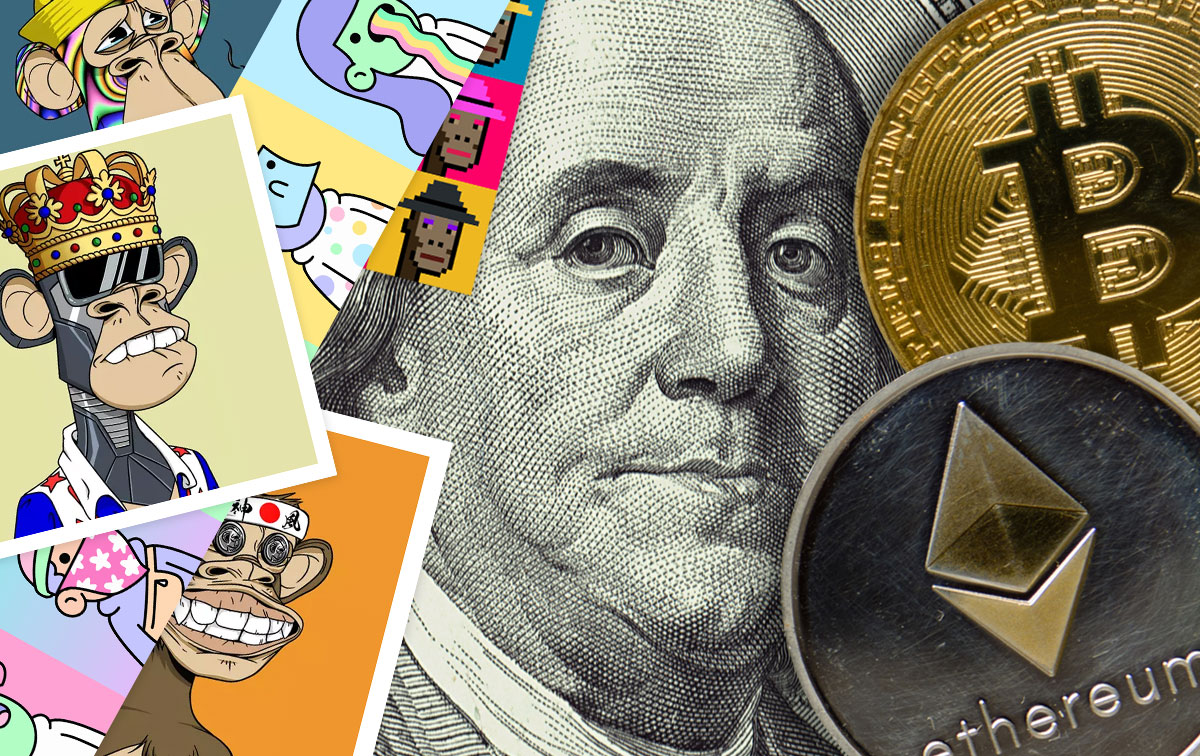 We expect that the audiences of this article will know what NFT, Cryptocurrency, and blockchain are and their advantages. NFTs and Cryptos, including coins and tokens, are based on a particular blockchain network.

Cryptocurrencies are interchangeable, and holders can spend or transfer many, one and less of the value of each at the same time into different destination accounts or wallets. NFTs (Non-Fungible Tokens) are different; they are not interchangeable. Owners can transfer their NFTs against a particular amount of value still based on the blockchain network, and NFT doesn’t have multiples or less than one because they are unique.

Blockchain is a system like a server and a client; in this ecosystem, several devices (Clients) have a parallel connection to a central computer (Server). All users do their tasks with the client’s computers, and all changes directly will transfer to the server computer to store there. If we lose all or part of the saved information on the server computer, we have lost all the protected data. There is no track of which user via which client commuter has done a particular task. It may not be so dangerous, but in a worldwide activity in which millions of dollars will transfer in a day, and nobody knows the other, the potential risk of fraud increases. Competitors or users can probably hack the client and server systems.

Even if antiviruses and network security programs protect the server, the server is still at risk. In the blockchain network, input and output are identical, but throughput is different. All computers have the role of clients and servers. All changes, achievements, and transactions records will save on all computers across the network. Each node that is working in the blockchain network keeps all records. That is why this ecosystem has a more acceptable level of security.

Thanks to the blockchain ecosystem, we are witnessing revolutionary changes in finance and art. Cryptocurrencies facilitate financial transactions, terminate intermediary parties, and open the gates of decentralized finance, known as Defi today. A few years later, a new definition was rising in the blockchain sphere, NFT.

NFT includes all types of digital assets, on a blockchain system, under a particular protocol, with a unique contract address available until the end of time, or at least the last second that the blockchain system exists and works.

Cryptocurrencies have changed our world because they make the transfer of money more accessible, and everyone can send or receive the funds. All transactions records will be registered on the blockchain network, on every participating node through the network globally. Still, no one knows who has sent money for whom, and everyone can have cryptocurrencies. They obey traditional rules of the monetary markets. Options, futures, and long and short positions have different behaviors against different social and political changes. Governance parties can investigate the possibility of making a particular cryptocurrency their national currency, IMF (globally) and SEC (in the US, which affects all markets) try to regulate the market and more.

But NFTs are the hottest trend based on blockchain technology. NFTs are changing the way we understand ownership on the internet. Yet, NFTs need to start implementing a universal royalties standard for artworks.

The NFT Royalty is offered for the original artwork creator (so-called NFT artist) to continue earning royalties sometimes in the future when the buyer of the artworks will sell the NFT to another buyer. NFT royalty payments are perpetual and are executed by smart contracts automatically.

NFTs are not here to change our world; they make a new world. It is not a trend. NFTs are a lifestyle based on digitalization, thanks to the internet, we can see our kins and friends with our devices, but we meet our friends with metaverses. However, they are not them, but the exact scanned digital version (e.g., Digital Mark Zuckerberg). Differences between the first mined bitcoin and the last mined block have the same value. It doesn’t matter it was in what wallet before, and no one will announce that this particular coin came from where or will go to what account.

As a result, the history of a cryptocurrency does not affect the future value of that particular coin.

In NFT markets, the history is different. For example, the legendary actor of the Cinema, Marlon Brando check, mostly never went to a bank to cash because the value of his signature was much more than the written amount of the cheque. There are more examples, the hair of the France emperor Napoleon, the dresses of a queen, and many more. It means that an ordinary object which sometimes belongs to a celebrity or a famous individual could have an incredible added value, like Jack Dorsey’s first message on Twitter social media. This recent sample became an NFT! NFTs include a broad range of digital assets, except cryptocurrencies.

Visa has bought a CryptoPunk, around 90 NFTs in the collection have been sold in a single hour.

They are unique and converse cryptocurrencies, and it Is crucial who has owned them before! For example, Eminem bought Bored Ape Yacht NFT for USD452K in early 2022. NFTs have many benefits for the owner; the owner causes the value of the NFT to increase as well. NFTs are here to change the future of music, photography, painting, fashion, education, games, and it seems it will go far, more than it could be imaginable now.

Everyone can own and hold cryptocurrencies because they are the values. A McDonald’s restaurant that recently opened a branch on Metaverse; this is crazy but true. When giants join metaverses, there would be a competition where everyone wants more share. However, it seems that there are no limitations in Digital parallel worlds. Still, according to essential indicators in the economy, there will be progress in prices whenever demand increases, which we call inflation. It means we own the same value with more money, making the market bigger.

One more critical sign that makes the NFT market more considerable is when cryptocurrencies move along the market flow. For example, BTC/USDT pairs have different behaviors in different situations, but NFTs are assets. They have many factors that change their value, and mostly this value change is a positive move.

When CHRISTIE’S AUCTION sells an NFT, interested people will buy that NFT, which is not below a price level, but there are no limits for higher prices. NFTs have different behavior. They are products, and thanks to their unique contract address, they are particular objects that nobody can make a fake or a high copy of that unique NFT, so it helps the value increase. This value improvement makes the market more prominent, which cryptocurrencies are still currencies, tools that help us own other objects.

Play to Earn games are another section in the blockchain technology that guarantees the NFT market will be more prominent in size and value. In this type of game, gamers have virtual belongings to add other objects to their original feature of the default belongings. For example, a warrior with more weapons, spacecraft, creatures, territories, and other virtual properties could potentially have more options. Buyers are waiting to buy them at a higher price than before.

There are many more factors that will make this market bigger. First, it is safe, and thanks to blockchain technology, it is a new trend that celebrities and influencers have found themselves interested in this modern market. For example, Paris Hilton’s NewYear’s Eve on Metaverse motivates society to join this fast-growing market. This market is a bubble that will never burst, or it is hard to demolish it.

Currencies and fiats are valuable; cryptocurrencies have financial value, too. They are scammers, but when someone owns a coin, they are the owner of the asset, yes there is always the risk of hack or fraud, but there is no fake bill in your wallet. When someone has a bitcoin in their wallet, they still have a bitcoin. NFT market is different. Many factors seem to help this market become a vast market. As long as NFTs exist in the virtual lands, there are no borders for progress.

This article investigates several factors and predicts that the NFT market will be bigger than the cryptocurrency market. Still, in all markets, humans play the leading role, which can affect all traditional and modern markets through political and social changes. Please remember that this article doesn’t suggest or prevent anyone from investing in the NFT market. It is more reasonable that interested people study several factors, identify risks, and take appropriate action.