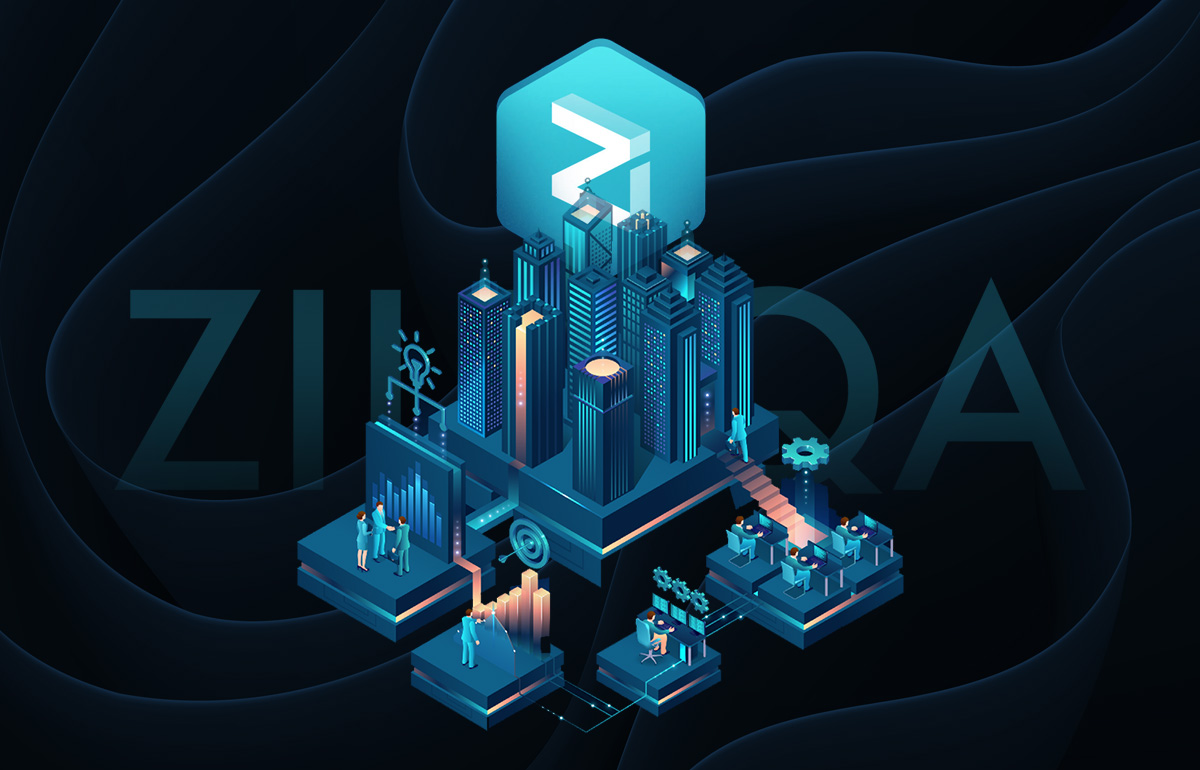 Zilliqa is a dApp formed of a globally distributed network of computers to run a blockchain ecosystem and increase user scalability via sharing. Zilliqa acts like a bridge in the blockchain system, and the infrastructure design gives the ability to support more transactions via a network of several interconnected blockchain networks.

In 2017, Prateek Saxena and his students at the National University of Singapore were working on a paper about how sharding-Focused blockchain networks can improve efficiency, scalability, and speed. The Zilliqa converted from an idea to practical reality.

The History of the Zilliqa Research

First, Prateek Saxena and several students of the National University of Singapore published an essay in 2016 about how a sharding-focused blockchain network can enhance network efficiency and scalability and, at the same time, makes it faster. Prateek Saxena co-founded Anquan Capital with Juzar Motiwalla, the former chief of the Singapore Computer Society, and Max Kantelia, a professional tech and finance entrepreneur.

The outcome of this co-working was establishing Zilliqa in June 2017. The development team’s goal was to develop the Zilliqa network. At this time, the CEO of Zilliqa was Dong Xinshu, Yaoqi Jia became the chief technology segment, and Amrit Kumar was Zilliqa’s chief scientific officer.

Zilliqa uses an algorithm that combines the “PoW” and Practical Byzantine Fault Tolerance “pBFT” to conceal the weaknesses and enjoy the efficiency of both mechanisms.

What Issues Does Zilliqa Can Solve?

Zilliqa believes it is the world’s first public blockchain network based on a shared network. This trait lets the network achieve high throughput and a considerable rate of transactions in only a second, solving the scalability issue.

Zilliqa must become the chosen blockchain for massive enterprises, including advertising, gaming, entertainment, financial service providers, and payments industries. Once in 2018, the Zilliqa team claimed that the platform “targets to rival for traditional centralized payment forms such as MasterCard and VISA.”

Since 2021, the Zilliqa network has become an active network that manages millions of transactions each month. The blockchain has also been constantly scaling, averaging over 900 blocks produced a day when its main net launched to verify and validate more than 2500 blocks each day.

Zilliqa blockchain has its native token known as ZIL to enable and scale its decentralized apps and deliver financial services to NFT marketplaces, also pay transactions fee on the blockchain. The system also uses it to reward nodes performing calculations on the blockchain network. Parent Companies of Zilliqa, Anquan Capital, and Zilliqa Research hold a considerable amount of the ecosystem’s native token, $ZIL.

What is the Best Zilliqa wallet?

ZilPay allows its users to manage accounts and their keys in various ways, including cold wallets. This way, ZILPay keeps keys sequestered, which is a notable security improvement over storing user keys on a single central storage unit, a server, or local storage, that usually are vulnerable to mass account thefts.

these security features also make it suitable for developers to use these prepared facilities because;

Zilliqa is a “Smart Contract” blockchain platform using new technology, “sharding technology,” to increase the number of transactions in a day (more than thousands recorded in a second) by using the PoW mechanism and a mechanism the pBFT (Practical Byzantine Fault Tolerance).

The Futures and Spot Contracts in Crypto MarketsNFT MUSIC