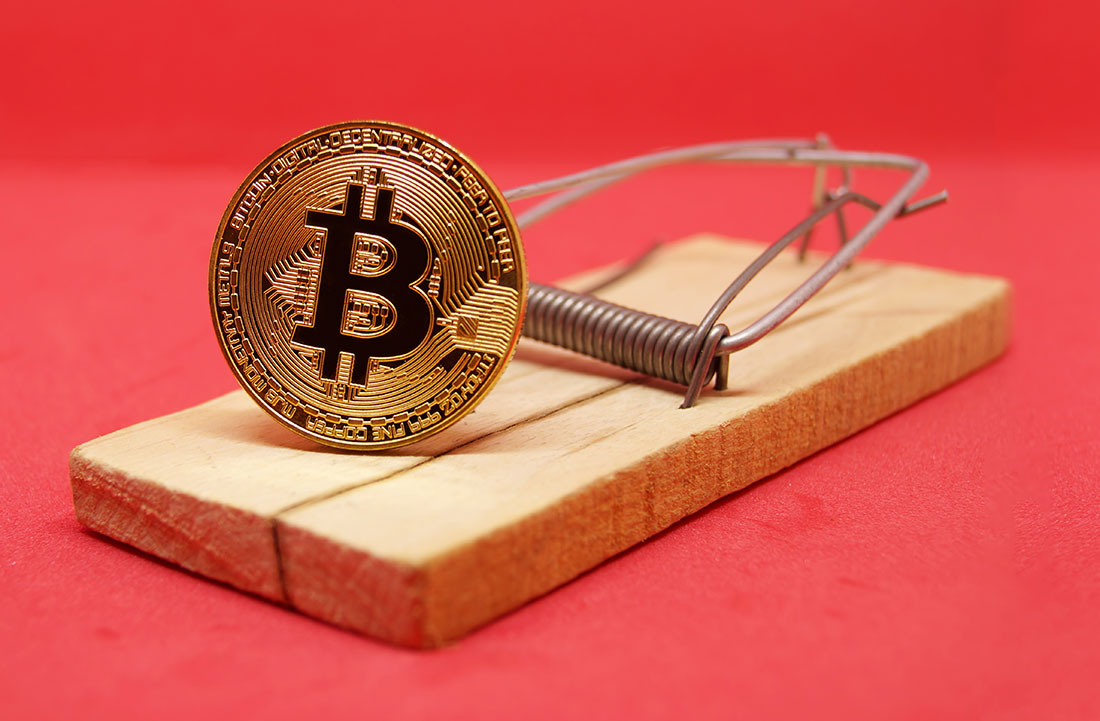 We expect audiences of this article to become familiar with different methods that scammers might plunder their digital assets. Hackers, fake people, fake investing websites, people who want to donate money or give a gift from nowhere, and many others are ambushing to rob other people’s money in a blink.

The cryptocurrency market is a legal investment, but it’s risky, like any other financial market. It’s a profitable investment. Market participants can gain their wealth quickly, but it is also attractive for scammers and criminals, even for shadow criminals.

As mentioned earlier, one of these risks in this type of market is scamming. Scammers use a variety of ways to get your money. They can hack accounts or launch and sell fake coins. The more the cryptocurrencies become popular, the more scammers find themselves eager in this scope of crimes.

Types of Scamming with Cryptocurrencies

Most of the world population has no idea what cryptocurrencies are at all. They do not know how it works or how to work with it. This lack of knowledge is an alluring opportunity for scammers. Most people are eager in this market when they do not know how this financial tool will work. There are many forms of fraud in crypto markets that can trap investors. The Federal Trade Commission (FTC) and Entrepreneur Magazine identified seven methods that scammers use to deceive unbeknown people who hold digital currencies:

Hackers have always found a way to infiltrate various segments of the cryptocurrency market, such as exchange offices, mining companies, and wallets. Because Federal Deposit Insurance Corporation (FDIC) doesn’t cover Crypto accounts and the relevant risks, there is usually no way to recover this type of digital assets when they are lost. The following are the most prominent cryptographic hacks until today.

We highly recommend those with digital assets that try not to keep all they belong converted in Cryptocurrencies or NFTs in only one exchange!

The scammers set up fake sites to invest or extract cryptocurrencies in this case. They have different tricks to attract victims to the bogus websites mentioned below. Sometimes they appear as investors who share tips online. On the other hand, they send emails from (investment managers) to persuade victims to invest in the field, which is a fatal trap.

Another deceitful act is that these scammers establish fake relationships on dating sites that deceive their victims and attract them in the context of an online love affair.

Scammers who pretend that they are successful investors send fake reports to their victims to show how their “investment” grows, resulting in a significant loss for those who are duped into receiving big money in short. But once victims try to withdraw their funds, they will realize that the balance was fake and they lost everything. The worst case is when the site owners persuade them to pay a “withdrawal fee” (transaction fee) before accessing their money and not giving them anything in return.

3) Scams by Claiming to Send Gifts

It happens when scammers introduce themselves as famous investors or celebrities who want to help small investors. They claim that if the victim sends them their currency code, they will add some of their cryptocurrency assets to your capital to help multiple invested fund investments. Lessor the whole amount will go to the wallet or accounts of fake celebrities or famous investors. According to the FTC, the swindlers, who disguised themselves as Elon Mask, could steal more than $ 2 million in cryptocurrencies from their victims in six months.

Some scammers do not persuade you to invest your money in a fake cryptocurrency market. This time, they offer you a job. They post fake job offers on recruitment websites to find people to extract their passwords, sell them online, attract investors, or help buy bitcoins. But the result will be different, however for the poor victim. In some cases, the defrauder charges their victim to register and process a request, then steal their money, and sometimes even might their personal information be in danger of exposure.

The initial public offering of a coin, or ICO, is launching a new cryptocurrency. An exciting opportunity to invest in a project might potentially be very profitable to hold. Investing in ICOs is always risky because there is no way to predict the performance of a new coin.

But some ICOs are not risky only but, they are complete scams. There are two types of ICO scams. Sometimes with fake or unreal tokens, and sometimes The entity launching something like a new Altcoin, its presentation is with a lot of fuss, but there is nothing. Then whole the invested money by the dewy-eyed investors will go into the scammer’s account, and there is no way to retrieve the lost money.

The market example of this scam was the “OneCoin project,” which, according to the BBC, raised more than € 4 billion from investors worldwide. In another case, the US Securities and Exchange Commission (SEC) shut down the $15M initial public offering of “PlexCoin”, calling it a “full-blown cyber scam”, which are examples of this type of fraud actions in the crypto ecosystem. A different scam in the ICO is that fraudsters forge a legal cryptocurrency with an actual ICO. 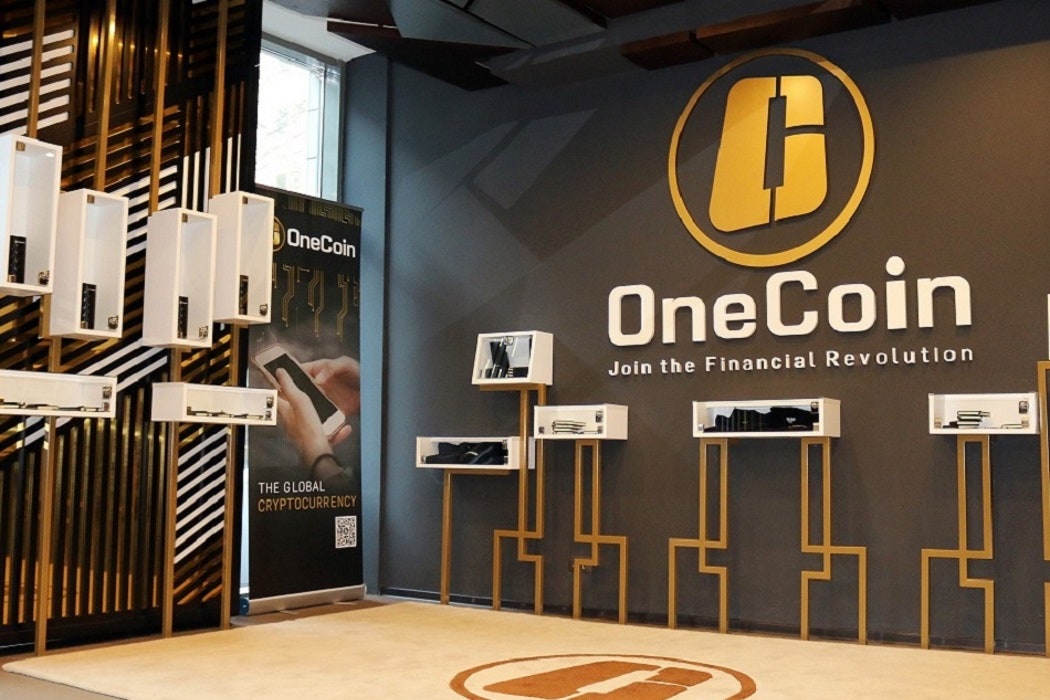 Alleged OneCoin Scam Could Be Much Bigger than $4 Billion

They create a fake website or social media account and try to attract their victims with the help of phishing emails containing “pre-sale” offers. Investors are investing, thinking that they should take advantage of this opportunity soon, unaware that by doing so, they have easily given their money to fraudsters. In such cases, investors should get help from sites like CoinDesk to verify if this ICO is legal or not. Besides, watch out for emails and social media posts that allow you to make an initial purchase.

SEC Launching a site called HoweyCoins raises questions about what to ask when considering an ICO, educating investors about the potential risk and warning signs of fraud activities in ICOs.

In this way, fraudsters offer their fake wallets online or in mobile app stores. They hold the key to these wallets so that they can access all the passwords stored in them. The story of Bitcoin Gold Wallet 2017 is a good example of this fraud. A clever hacker persuaded the creators of Bitcoin Gold to advertise mybtgwallet.com to store their passwords.

Fraudsters offer their fake wallets online or in mobile app stores in this scamming method. They hold the (Private) keys to crypto wallets, and as a result, they can access all the passwords which investors’ digital assets stored in them. The issue of “Bitcoin Gold Wallet 2017” is an excellent example of this type of criminal crypto activity. In the “MyBTGWallet” issue, an intelligent hacker persuaded the creators of Bitcoin Gold to advertise MyBTGWallet.com to store their passwords, and the website’s owner then stole more than USD3M in bitcoin and more than $ 200,000 from other cryptocurrencies.

Investors should know that many types of malware exist, including viruses that can seriously damage devices or internet-connected devices—spyware that steals personal information and ransomware that almost hostage devices. Malware is a program that is designed to steal passwords. These programs can record the credit of your crypto accounts, steal all the existing assets in the attacked wallets, or log in to the account while users are in the middle of a transaction. 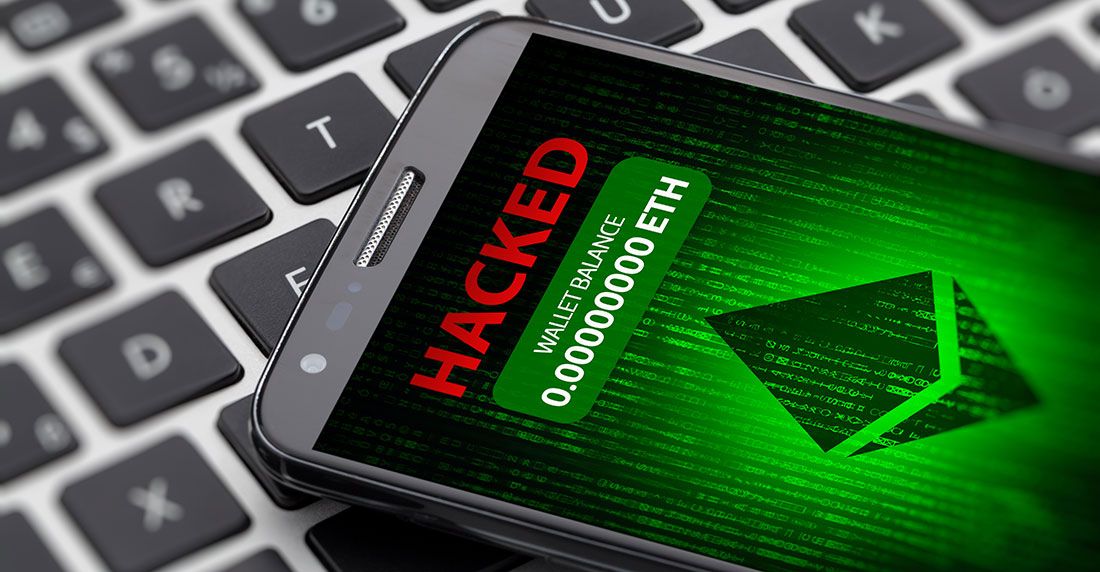 One of the newest cryptographic malware programs is “WeSteal.” According to “Palo Alto Networks,” the malware searches your clipboard to find patterns that match your Bitcoin or Ethereum wallet IDs and then replace those IDs with a new code. Whenever the user transfers their crypto fund, the cryptocurrency moves to a new fake wallet instead of the beneficiary wallet/account. To protect devices from this type of malware, take the same precautions as necessary to avoid potential risks of the mentioned scamming methods.

Always a good antivirus program to protect data and information helps. Users should protect their devices and the holding accounts with a good strong password or a password manager like “Keeper.” they can also use VPN services like “NordVPN” to hide their real internet connection. To keep accounts, wallets, and digital assets safe,  users can even have a separate, dedicated computer that does nothing but log in to the crypto accounts.

The cryptocurrency market is a Wild West. Awareness of the dangers is vital in protecting your confidential information and sensitive data in every step that users go further through this unknown, newly discovered world, especially when they are new in this scope of the digital financial market.

Spending time and paying enough attention to choosing and organizing appropriate passwords with adequate strength and implementing strategies to keep them secure is crucial to surviving in this wild west. Using biometric privacy and security options, multi-factor authentication, encryption, and backup methods to maintain a higher level of security for passwords help but may not be enough. In this unknown wonderland, being secure-minded might be the best strategy. Studying the risks and avoiding being deceived by scammers who pretend they are caring people or entities is a point that users should never forget.

Be the First One Who Gets the Next Crypto AirdropPhantasma, Fast, Secure, and Scalable Chain