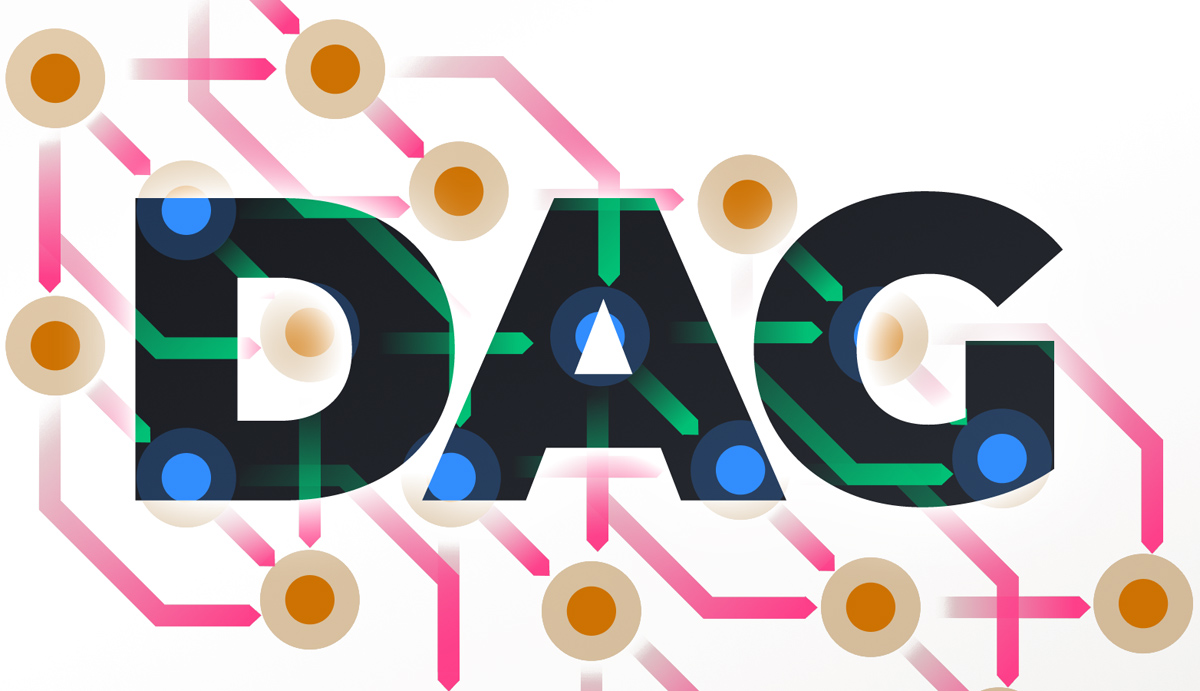 Introduction
Bitcoin first unveiled a blockchain-based secured cryptocurrency on a global scale, which we categorized in the Digital Currency class. When we talk about cryptocurrency, the first infrastructure technology that comes to mind is blockchain technology.

To better understand, the blockchain uses a technology known as Distributed Ledgers (DLT) such as Hashgraph, DAG, and Holochain that do the work of data storage. In this article, we will compare DAG and Blockchain, among the most productive DLTs in the world of cryptocurrencies.

What is the Distributed Ledger Technology (DLT)?

The distributed ledger is a database spread across several nodes or computing devices. Each node reproduces and stores an identical copy of the ledger and is transmitted, stored, and independently updated. When the ledger is updated, each user provides a new transaction, and then the nodes vote on which copy is correct a shared to the ledger. In the end, all the other nodes will update the latest copy of the ledger.

Examining the Structure of Blockchain & DAG

DAG and blockchain are data structures that allow storing information in a digital ledger differently. Since it is possible to develop cryptocurrency in both Dag and Blockchain, it is possible to encourage network participants through token rewards. Unlike blockchain, DAG is less well-known.

A Directed Acyclic Graph (DAG) is composed of spheres and the lines connecting them, which are along each other in the same direction. DAG is a graphical data structure with topological order that only extends the sequence from before to later and data or information connected by one-way lines.

Projects such as IOTA, NANO, Fantom Network, and Hedra use directed acyclic graph variants to store their data. Unlike most blockchains, the boiler structure is not linear; a DAG is like a tree, and its branches are out from one transaction to another. No blocks of transactions form in the DAG structure, and instead, transaction networks are directly linked. In a DAG structure, all users create the transaction and verify it.

For example, for confirming a transaction in IOTA, users must confirm two previous transactions and dedicate some of their computing power to the network. Please note that network users cannot verify and approve their transactions.

Since DAGs do not need to be mined and can refer several transactions to previous transactions simultaneously, they are small in volume and have a small fee. However, the decentralization and security of a DAG depend on the number of transactions currently in progress. Reduced transaction volume makes DAGs vulnerable to attack.

As we explained earlier in this article, DAG and blockchain data structures have their weaknesses and limitations, and the decision to use which data structure model ultimately depends on the needs and goals of that platform.