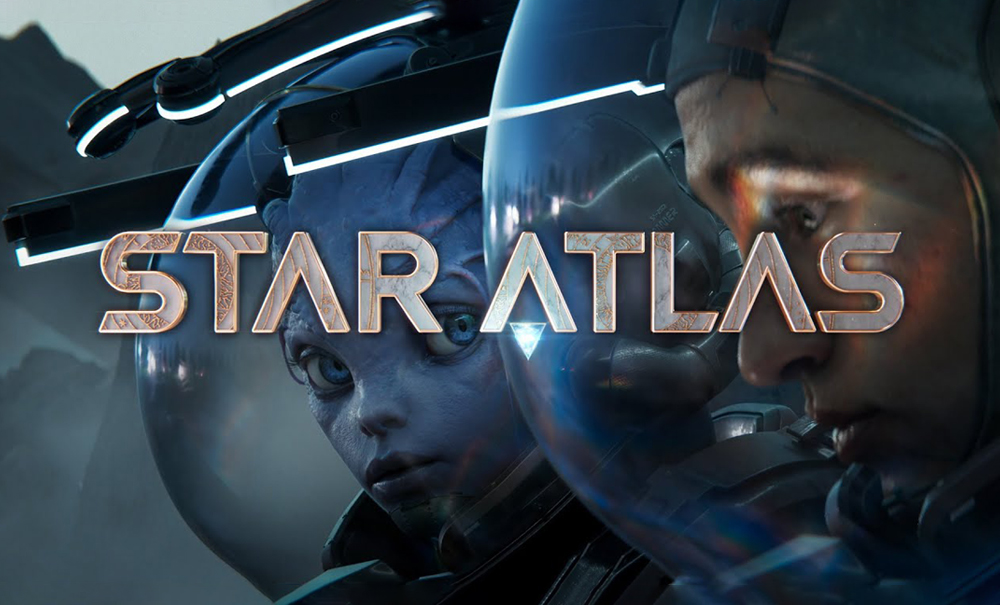 We are observing revolutionary changes in the world of games. Especially those are in the blockchain ecosystem.

This significant change is about earning money while playing a game. Still, cinematic graphics are not the only thing we see in this scope. These games are delivered through augmented reality or virtual reality glasses, which are the primary tools for the newly introduced Metaverses.

Star Atlas brings both of them to the play-to-earn industry, and the show itself is much better than other blockchain and Play to Earn games. Using cinematic graphics will attract many audiences to this game.

Star Atlas in new Metaverse that shows 2620 world. In this game, the three main groups compete.

Star Atlas is a Sci-Fi place where the three main factions, humankind, a consortium of alien races, and sentient android, have emerged and competed for resources and control. Each other’s resources and political dominance.

This game is on the Unreal Engine 5 engine basis, which allows the game to have cinema-quality features and a real-time environment. Explore deep space, Fighting, Construction of space stations and ships, Select in-game careers to extract resources, Create alliances to control resource scale.

Players can use the ATLAS currency as an in-game currency to purchase assets. They can also buy NFTs in the NFT market. Since “The Star Atlas Play to Earn Game” works on the Solana blockchain, you will naturally experience a safe and high-speed game. In addition, the Solana blockchain makes it possible to use NFT tokens as part of the in-game economy.

How Does Atlas Work?

The basics of Star Atlas combine aspects of strategy games and role-playing (RPG) genres divided into two different segments, Space exploration, and land management. It is also possible to control vehicles and various spacecraft fleets. Mining is another important aspect of the game. Players on land and in space, both, can both play.

Players join one of three cults, alongside fighting in futuristic Sci-Fi experiences. By partaking in these cults, players can earn rewards that improve their gameplay experiences.

Players can participate in environmental missions against the player (PVE), player battles (PVP), and virtual reality gaming experiences. Besides, players can use specific and advanced equipment to participate in a “dynamic carrier system.”

Star Atlas has different gaming modes to combine different genres in a versatile and flexible environment. These modes include a role-playing game, exploration, space flight simulation, and grand strategy.

Star Atlas also allows players to explore deep space to “explore and discover celestial and terrestrial assets.” Once the players achieve these assets (as a reward), players can claim assets that now belong to them.

By extracting raw materials and refining them into various components and in-game items (equipment), players can create a “Career” for themselves.

Star Atlas Digital Currency Game Space Flight Simulation Mode with stunning real-time graphics shows a first-person image of sitting inside a spaceship as they travel into interstellar space by their spacecraft. They also control spaceships manually and participate in battles.

The economic model of the Star Atlas game is designed around two tokens: ATLAS and POLIS. These are controlled by the metaverse’s financial and Defi system.

ATLAS is the in-game currency, and it’s used to buy NFT items likes: ships, crew, components, land, and equipment.  There are operating expenses that need to be deemed when playing Star Atlas. These can include repairing damage, mining for resources, and the fuel for ships. If players approach transactions with a business strategy, there are chances to grow their ATLAS holdings.

POLIS is a governance token that provides players with political power and influence with Star Atlas’ developers. The token is a status simple and contributes to a player’s control of the conflict between factions.

Holders of the POLIS token can effectively make a decision of the game development team and vote to decide what activity can happen in their Metaverse land.

Star Atlas is one of the most important parts of Metawares’s platform, which has many fans. This game offers a lot of capabilities to users and this makes it more and more attractive. In addition, making money from this platform is another reason for its popularity.

What is a DAO?The Sandbox Play to Earn Game