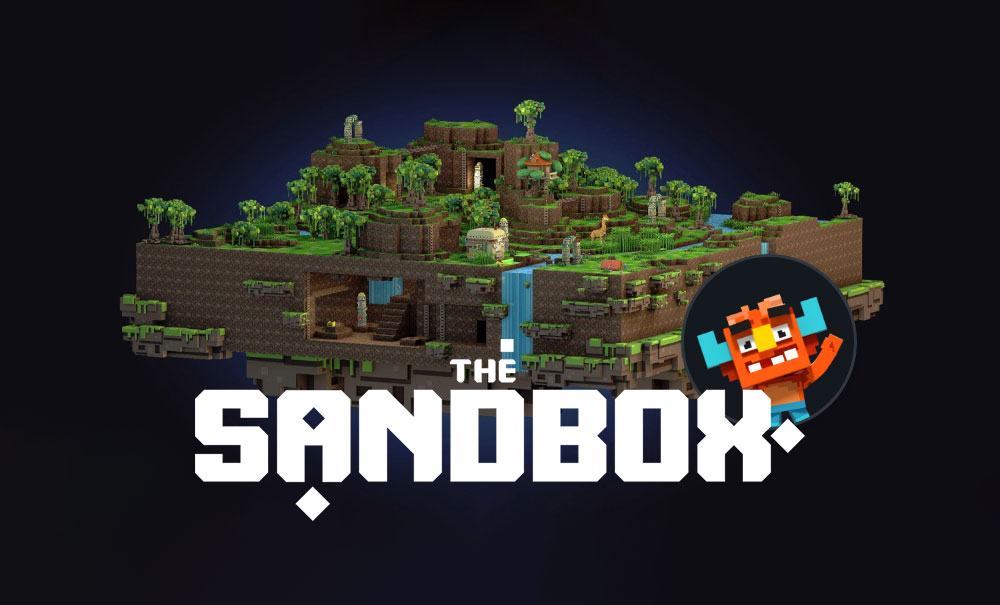 The Sandbox and its token SAND is a Play to Earn game. This platform runs by its community participants. It has its financial ecosystem based on its blockchain network, and the sign of the token is SAND.

Participants must create their VOXEL. Almost all of us are familiar with PIXEL, a graphic output in computer science on a two-dimensional surface. Still, when it comes to space, and we add another dimension, the outcome will be three-dimensional graphical data that is now VOXEL.

SAND is the token users employ throughout The Sandbox ecosystem as the basis for transactions and interactions. It is an ERC-20 utility token built on the Ethereum blockchain. There is a finite supply of 3,000,000,000 SAND.

The Sandbox Metaverse is a virtual complex of LANDS, which are parts of the world owned by players to create and monetize experiences. There will only ever be 166,464 LANDS available to host games, build multiplayer experiences, make housing, or offer social experiences to the community.

Sandbox and its Marketplace

The Sandbox’s marketplace is where users can purchase tokens such as ASSETs, LANDs, and GEMs. Voxel artists can upload their ASSETs to the market, converting NFTs.

The Sandbox is a (Metaverse) world where players can build and monetize their gaming on the Ethereum blockchain. Players in The Sandbox can sell virtual land (the LAND token) and transact with SAND, the main utility token.

The Marketplace launched on the 30th March 2021 for the first time. Interested people can see created NFTs listed for sale in the Sandbox Marketplace. The Marketplace gets 5% of the total value of the sold NFTs as the cost of the provided service, which will go to approved NFT artists to create and deliver high-quality NFTs to the Marketplace, and the rest 95% goes to the creators who have created sold NFT(s).

According to their MEDIUM, The Sandbox will switch to Polygon’s Layer 2, reducing the carbon footprint of NFTs by up to 99% and partnering with Offsetra and Nori on carbon offsetting working with WeForest to help reforestation efforts across the globe.

This summer, the Sandbox announced a partnership with Polygon and is migrating to a new eco-friendly NFT layer two technical solutions that will consume up to a hundred times less energy than Ethereum.

The Sandbox has begun acquiring carbon credits for reversing emissions with carbon removals through blockchain-based platforms, such as Offsetra and Nori, providing transparency on the compensation. In addition, The Sandbox also purchased 200 tonnes of nature-based CO2 offsets from Offsetra in 2021. You can visit The Sandbox’s profile page to view the impact and proof of certification.

The Sandbox has renewed its partnership collaboration with WeForest, a forest restoration charity. It previously partnered within 2014 to plant nearly 9,000 Mangrove trees in Madagascar. The Sandbox commits that for every hectare users buy virtual LANDS in The Sandbox, 1% of proceeds goes to WeForest to protect and restore forests in Ethiopia, Zambia, and Brazil. The Sandbox will engage with other nature protection foundations in its ongoing efforts to make a real impact in the physical world.

The Sandbox has launched the beta for its Marketplace, allowing artists from the Artist Fund to monetize their NFTs. The Sandbox has pledged to reduce the number of minted NFT copies while improving the technical functionality of the Marketplace.

And the most recent event says that The Animoca Brands subsidiary and The Sandbox announced the firm had made multiple partnerships in Hong Kong.

How to Buy Land on Sandbox?

According to the Sandbox Medium Community, users must set a wallet up, buy adequate SAND to the set wallet, and transfer enough TOKENS to their SANDBOX account, and now they can check the Sandbox map and but land for themselves on the Sandbox.

At first glance, The Sandbox looks like other “sandboxy” open world games like Minecraft or Roblox. Players meet in virtual worlds, reshape the landscape, build and organize themselves. The Non-fungible Tokens (NFTs) add a new dimension to the gameplay. According to the Play-2-Earn principle, players can win SAND tokens by completing tasks. SAND is still the currency to buy LAND. These are NFTs that represent land in the virtual world.

To play the players need a compatible with web wallets like Google Chrome, the Brave browser is also a good choice. It is not necessary to own SAND to get started. However, you will need some Ethereum for the gas charges. Our tutorial on The Sandbox game should help you get started easily. 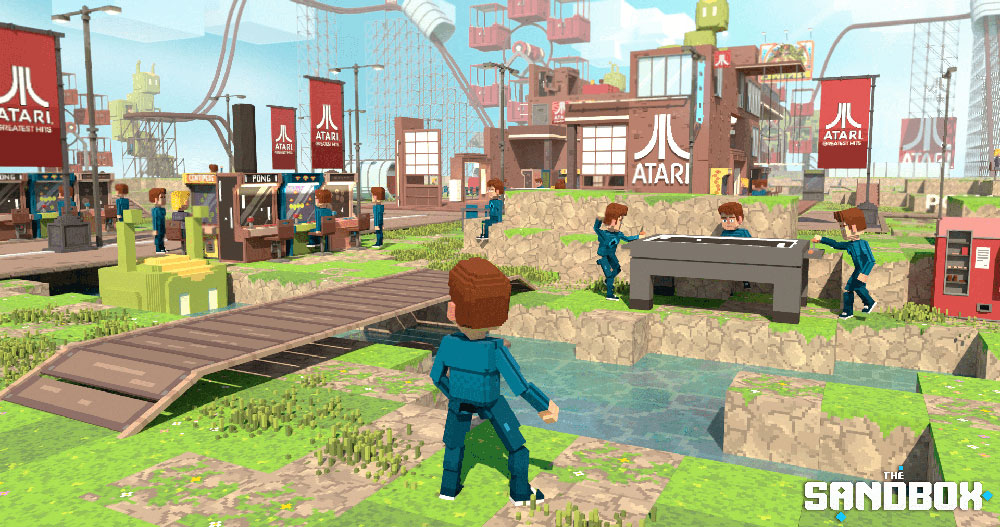 At first glance, The Sandbox looks like other VR open-world games like Minecraft or Roblox. Players meet in virtual worlds, reshape the landscape, build and organize themselves. The Non-fungible Tokens (NFTs) add a new dimension to the gameplay. According to the Play-2-Earn principle, players can win SAND tokens by completing tasks. SAND is still the currency to buy LAND. These are NFTs that represent land in the virtual world.

Players need a web wallet on reliable and secure browsers like “Google Chrome” or “Brave browser” are excellent options. It is not necessary to own SAND to get started. However, you will need some Ethereum for the gas charges. Our tutorial on The Sandbox game should help you get started quickly.

Interested players must set up a web wallet such as Metamask, Venly (Arkane), or Bitski, and definitely, they must care about security apprehensions. (It is highly recommended that download the wallet program from the official website)

Players must connect their wallet with the game and enter their email address and chosen username.

The personal dashboard will appear now, and users must create an important avatar and even make necessary changes like changing email addresses.

They must have deposited an adequate amount of $SAND. It could be rewards of an accomplished game, or even they can purchase from exchanges that have $SAND to sell like Binance, Simplex, Uniswap, or MetaMask.

Now players have everything they need to enter the world of The Sandbox. Initially, only the Alpha Launch is available. In the center of The Sandbox, the Social Hubs will appear. These social Hubs are where the players meet, exchange their thoughts, and arrange to go on adventures together. With the help of portals, players can travel to different worlds in the Sandbox METAVERSE. To gain access, plyers might need some more $SNADs.

LAND is an NFT based on a blockchain game. The owned NFTs are proof of land ownership in the game world. Users need LAND to create their worlds and provide their games.

The most important partners of the Sandbox:

And probably more associates in the future!

A virtual world in which its participants drive the environment.

The Sandbox lets players design, share and even sell virtual world assets—the Sandbox built on the Ethereum network, the leading blockchain platform for decentralized projects. The Sandbox metaverse attempts to change the dynamics of the gaming market by rewarding creators of user-generated content for the value they produce.

Players in The Sandbox can purchase or sell or purchase resources as plots of land and make custom game experiences available for others to use. The Sandbox offers a system of specific tokens that runs the entire ecosystem we know as SAND.