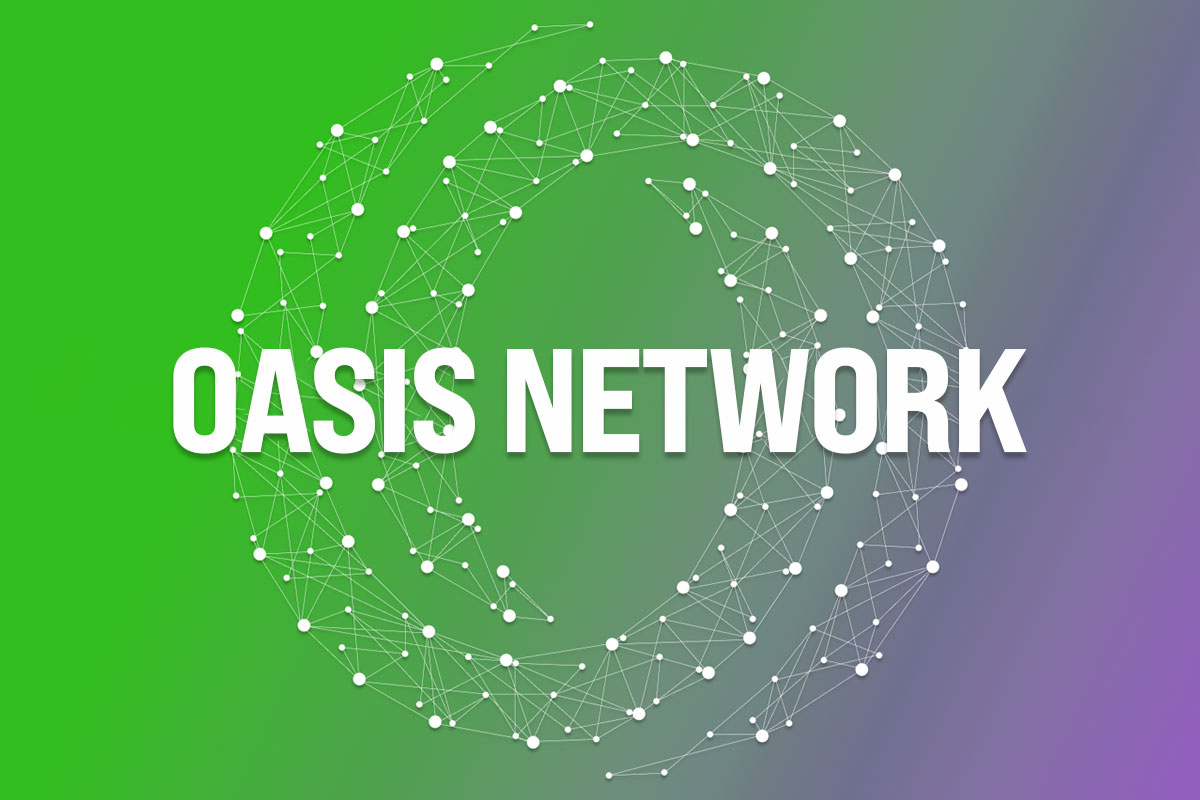 The Oasis Network is a privacy-enabled, scalable blockchain built for decentralized finance and a reliable, user-owned data economy. The Oasis Network’s privacy components can also create a new type of digital asset called Tokenized Data that gives users control over their data and earn rewards for staking it.

The Oasis Network is a Layer 1 decentralized blockchain network designed to be uniquely scalable, privacy-first, and versatile. According to their official website The Oasis Network architecture divides into two main branches:

The first one is scalable, high-throughput, secure, proof-of-stake consensus run by a decentralized set of validator nodes; the second one hosts many parallel runtimes (Para Times), each representing a replicated compute environment with a shared state.

The Technology Behind The Oasis Network

They separate consensus and execution into two different layers to allow multiple ParaTimes to process transactions in parallel, which means complex workloads processed on a ParaTime won’t slow down faster, more straightforward transactions on another. The ParaTime Layer is decentralized and allows anyone to develop and build their ParaTime. Each ParaTime can be set in isolation to meet the requirements of a specific application, such as confidential computing, open or closed committees, etc.

The network’s sophisticated difference detection makes the Oasis network more efficient than sharding and Parachains (an application-specific data structure that is globally legible and validatable by the validators of the Relay Chain), requiring a smaller replication factor for the same level of security.

This network has broad support for confidential computing technology; it means the Oasis Eth/WASI Runtime is an open-source example of an intimate Para Time that uses safe enclaves to keep data private while being processed.

What Are The Advantages of The Oasis Network

This network achieved scalability through a cutting-edge set of features that provide faster transaction speeds and higher throughput than other networks. The top-tier performance of the network is mainly due to its separation of computing and consensus operations into the Consensus Layer and ParaTime Layer.

This separation permits multiple ParaTimes to process transactions in parallel, which means many challenging workloads processed on one ParaTime without slowing down the systems speed, more straightforward transactions on another.

This network is also designed to support the next generation of blockchain applications and incredibly is versatile, agile, and customizable. Scilicet, each ParaTime can be developed in isolation to fulfill the needs of a specific application. ParaTimes committees can be big or diminutive, open or closed, allowing for faster or more secure execution depending on the requirements of a particular use case. Nodes can be required to have specific hardware, such as Secure Enclaves, in a confidential ParaTime.

Each ParaTime can similarly run different Runtimes VMs (ParaTime Engines) such as EVM backward compatible engine, Rust based smart contract language, or a Data tokenization engine. In the end, to support enterprises and developers who use cases, ParaTimes can be made Permissioned or Permissionless, which allows consortiums to have their own closed ParaTime, or communities to have full decentralized open ParaTimes.

What is The ROSE Token

According to oasisprotocol.org, ROSE is the native, capped supply utility and settlement token for the Oasis Network. Also, users can use the ROSE token for staking and delegating on the Oasis Consensus Layer and smart contract operations that require fees in ParaTimes.

The Oasis team has designed this network for the next generation of blockchain. The Oasis network is the first privacy-enabled blockchain platform for open finance and a responsible data economy. Combined with its high throughput and secure architecture, the Oasis Network can power private, scalable Defi, revolutionizing Open Finance and expanding it beyond traders and early adopters to a mass market. Its unique privacy features can redefine Defi and create a new digital asset called Tokenized Data.

Tokenized Data enables users to take control of the data they generate and earn rewards for staking it with applications that offer the responsible data economy for the first time in the history of blockchain technology.